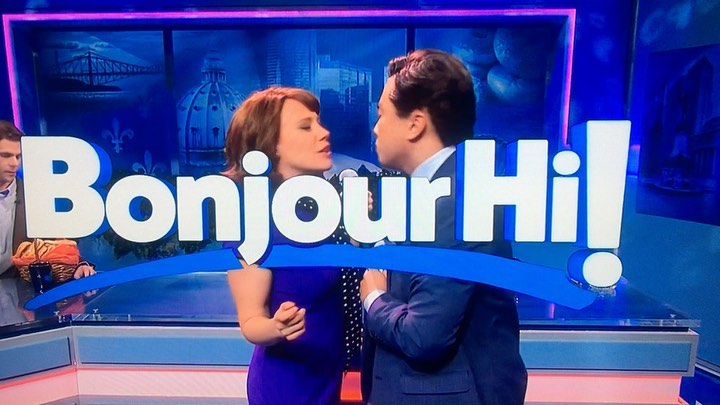 Nothing gets a Canadian’s attention quicker than a mention on an American TV show. It happened again over the weekend as Saturday Night Live did a goof on Quebec television. The sketch opened with a (rather lame) CBC joke. A CBC station ID showed that Schitt’s Creek would be followed by “Schatt’s Cabin.” Then it