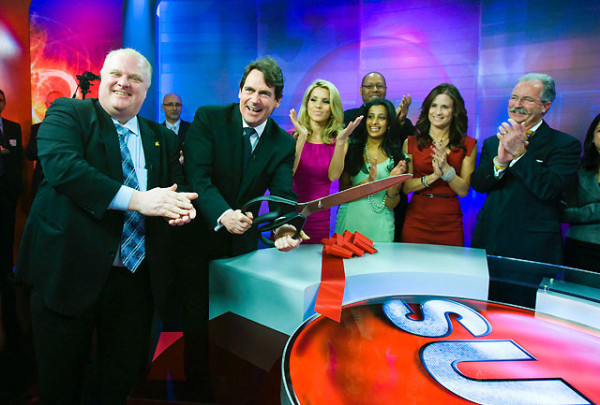 Sun Newsers and one of their fans in happier times Denied.That was the CRTC ruling Thursday for the Sun News Network, the all news operation launched over two years ago by Quebecor. The channel has struggled, losing a reported $15 million in its first year. Executives argued that it deserved to be on a level