While some of us may not yet be in the holiday spirit, the above clip is a welcome bit of seasonal ballyhoo from CBS. It probably helps that I’ve spent the day speaking with folks connected to two classic Christmas specials, including Toronto-native Paul Soles, who voiced Hermy the elf in Rudolph the Red-nosed Reindeer.

Ruddy, as the promo points out, turns 50 this year. The Rankin-Bass stop-motion animated special first aired in 1964. Also interviewing Sally Dryer, who voiced Violet and later Lucy in the classic Charlie Brown animated specials from the ’60s. Dryer was eight when she recorded the voice of Violet in A Charlie Brown Christmas. She graduated to Lucy for It’s the Great Pumpkin, Charlie Brown and a few other specials. The cool thing about being a Peanuts voice? “It was a day off school,” says Dryer. She recalls playing on the elevators with other kids at the recording studio while Vince Guaraldi was in another room recording his unforgettable jazz score for the special.

A Charlie Brown Christmas airs Friday on YTV and Rudolph the Red-nosed Reindeer airs Dec. 9 on CBS, Dec. 14 on CBC and Dec. 20 on YTV. 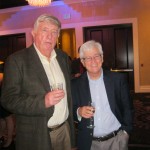 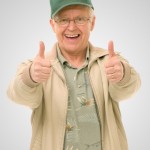