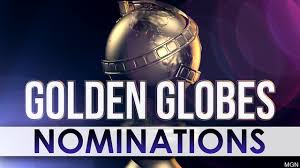 Whenever nominations are announced for whatever TV awards, media outlets want to know: who will win, who should win; which star will give the most booze-soaked acceptance speech. Nominations for the 76th Annual Golden Globes Awards were announced Thursday morning, with the gala being televised January 6 on NBC and CTV. The full list of