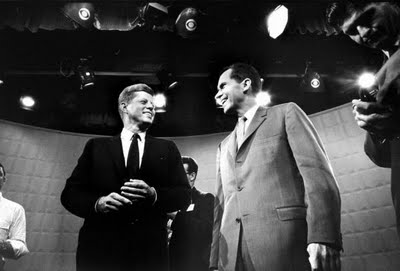 There was a pretty significant TV anniversary over the weekend–50 years since the Kennedy-Nixon Presidential Debates. They were billed as “The Great Debates” when the first of four aired over three U.S. networks on Sept. 26, 1960. They were the first televised presidential debates and the opener is generally considered to have boosted then senator John F. Kennedy’s