CHML’s Scott Thompson has a new timeslot. The Hamilton Talk Radio host now works the noon to 3 shift. Last week (way behind here at TVFMF with all the crush of Fall Launch copy), Scott wanted to know all about the swag Fox has been sending critics in the mail to promote their fall season. There was a giant tub of Will Shuester’s hair gel from Glee, an actual cane from House (my dad says thanks) and beer mugs from The Simpsons, Family Guy and those other Sunday “Animation Domination” shows on Fox (Duff beer not included).
Some of this ballyhoo backfires. Fox sent a red tube containing two cans of Jolt Cola with labels featuring the casts of Human Target and The Good Guys. Trouble was, the DVD screener was cracked in half. Pretty hard to pack those suckers into tight little cylinders.

Listen in on the CHML chat here.
Over at Lima, Ohio’s WIMA, Mike Miller asked about some of the new Monday shows, including the CBS sitcom Mike & Molly. This new offering from Chuck Lorre (The Big Bang Theory) stars Billy Gardell and Melissa McCarthy as a couple who meet at an overeaters anonymous meeting. We touch on Lone Star, which has limped into a second week after a disastrous launch, barely drawing four million viewers on Fox. Unless that takes a big jump tonight, look for Lone Star to be the first cancellation of the season. Mike also asks about The Event, the what-the-heck-is-going-on mystery/drama from NBC. City got some traction from this sucker last week. What is The Event? Was it the canning of Jeff Zucker last week? I’m thinking yes.

Listen in to the WIMA radio char here.
Also tonight, more House (the crabby MD and Cuddy find how their canoodling plays at the office) and week two of Hawaii FIVE-0 and Chase, plus the pairs are declared on CBC’s Battle of the Blades. Next Monday: CBC launches the new comedy Men With Brooms.
CHML Scott Thompson WIMA Mike MillerTV on Film Project 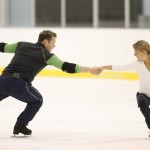 Battle of the Blades eases back onto the ice 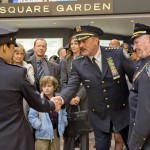