I play hockey in a teacher’s league in Brampton and one of my teammates told me the other day he ran into a former student.
“Hey–Mr. D!” the kid shouted.
It was not a compliment.
Several teachers and teammates have told me they laugh their heads off each week at Mr. D. Former teacher Gerry Dee’s Halifax-based sitcom rings all too true for anyone in a classroom who has ever tried to stay one step ahead of the class.
I was in Halifax interviewing the cast late last summer when the episode airing this Wednesday at 8 p.m. (8:30 NT), “Strip Club,” was shot. The plot has Xavier Academy knucklehead Gerry Duncan (Dee) convinced that the other, more favoured Mr. D, Paul Dwyer (Wes Williams), is moonlighting as a stripper named “Manaconda.” Duncan sets out with nerdy science teacher Simon Hunt (Mark Little) to do a little undercover strip search.
Shooting the scene called for the cast and crew to take over an actual male strip club called the Menz Bar on a less tourist-y Halifax side street. Just to add to the awkwardness, Dee got several of the guys he plays hockey with each week to trade in their jock straps for leather short-shorts and be extras in the scene.
The series was moved mid-season to Wednesday nights where it has struggled to stay above 400,000 viewers a week. CBC recently announced that it and The Ron James Show, which follows at 8:30 p.m., will be back next season. Both air their season finales next week.
Hockey and baseball broadcasts on the sports channels have cut into Mr. D‘s ratings this year, a bit ironic since Gerry Dee often appears on The Score as a more-or-less clueless sports reporter.
Ratings aside, Dee is having a pretty good year. He recently released a book, completed a comedy tour and picked up the first Canadian Screen Award in March for a comedy series lead. The series boasts a nice mix of improv and acting comedy talent, including Little, Williams, Naomi Snieckus, Bette MacDonald, Jonathan Torrens, Darren Rose, Mark Forward, Lauren Hammersley and Booth Savage.
If you haven’t turned in recently, give it another shot tonight, it is to laff. 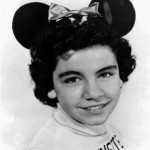 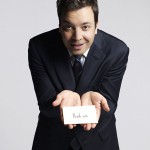