This week through May 2 in Gatineau, Que., the CRTC is hearing from a steady stream of hucksters folks looking to get mandatory carriage for their TV stations. If you are a shut in or, worse, a TV critic, you can watch it all unfold on CPAC–provided you have a strong stomach.
Mandatory carriage means a channel must be included in every basic cable or satellite package across Canada. It’s a lottery win for those channels, guaranteeing revenues directly from a large number of subscribers every month.
One such bid is from alleged news channel Sun News Network. They presented their arguments Tuesday. They’re asking for 18 cents a month to help offset the $17 million they lost in 2012. CBC News Network and CTV News Channel get the free ride at an even higher rate now, they argue; they deserve it too.
Not exactly true. As my media observer pal, Deep Note, just pointed out to me, CBC News Network and in fact all the current Canadian news channels are Category C channels and do not get a free ride.
In any case, consumers are already pretty fed up with paying for shitty channels they don’t watch. Rogers recently sent me a letter saying, among other things, they were bouncing Spike TV–grandfathered into Canada 30 years ago as TNN–the hell off their cozy extended basic perch and giving the preferred spot to AMC. Hello Mad Men, The Walking Dead and Breaking Bad, goodbye more reruns of CSI. Smart move, Rogers.
Sun News’ right wing pundits have regularly attacked CBC for taking taxpayer money. One since-departed on-air individual infamously ambushed an artist for being on the public teat. They say they stand for free market values but now want this government agency to allow them in on the captive cash flow.
This is known in the industry as sucking and blowing at the same time.
These guys originally tried to trick and bully their way onto the must carry tier. For many months, they squatted on the old Toronto1 channel 15 slot in Ontario, as free and accessible as CBC, CTV, Global or City. They had an unique opportunity to establish a beach head, to prove the public enjoyed their content and that that there was a market for this alternative news voice.
Ratings, however, were and remain dismal. In free market terms, despite sneaking into a cool spot in the mall for months, they introduced a product and it didn’t sell.
Let’s be specific. On Tuesday, April 16, the day after the Boston bombings, Sun News drew an overnight, estimated 9,000 viewers across Canada at 9 p.m., one thousand of them in the A25 – 54 demo. CBCNN scored 225,000 the same hour, 55,000 in the demo. SUN News’ suggestion Tuesday that if they could raise their penetration (see Viagra joke, below) across Canada from 40% to 80% they could outdraw CBCNN, is HILARIOUS.
Hour after hour, the SUN News score in the category advertisers care about, the A18-49 demo, fails to register even one thousand viewers across Canada. There are more young adults right now at your neighbourhood Arbys.
So, after a tough year or so in the TV racket and with losses piling up, they want the CRTC to force consumers to fix their business model. They want a bail out.
Their favourite target, CBC, has been funded for years, they argued Tuesday, and that’s an unfair advantage. It’s a bit like saying the Canadian senate should be abolished, so appoint us.
Trouble is, everybody else wants in, too, Many applicants are asking the same thing of the CRTC over the next few weeks. Mandatory carriage is seen as Viagra for for channels that can’t get it up the old fashioned way. Sun News should be so lucky just to get Viagra ads.
Don’t point that thing at me, say Rogers, Bell and other providers. Why help a competitor who has agitated against your own expansion plans in the past–like peppery Sun News parent company Quebecor. Consumers are this close to the mad-as-hell, not going to take it anymore point of throwing their digital boxes out the nearest open window. Monthly cable bills already higher than bills for heat and electricity have consumers taking hard looks or even switching to Netflix and streaming options. Why pay a cable bill and an Internet bill? Doesn’t Barry Diller have a box I can buy now that will take me to a la carte, commercial free viewing heaven?
Like Sun News, viewers also want a free ride, something for nothing. They don’t want to pay for your plan, they can barely pay for their plan.
If the CRTC does grant four or five of these mandatory carriage requests, and cable bills go up five bucks or more a month, the wheels may fall off this carriage.

Wednesday, another applicant before the CRTC is EqualiTV. These folks want to launch a brand new network they claim would be the world’s first broadcast television channel by, for and about all people with disabilities.
Board member and senior producer Jay Stoyan–who has overcome challenges to host his own little late night talk show in the Toronto area the past few years–says the channel will offer everything from scripted dramas to news. Media training to people with disabilities will be provided, he says. The channel will also sponsor research into the development of devices that will help people with varying degrees of disabilities to watch and enjoy television.
It’s an ambitious venture and the folks behind it will have to convince the CRTC that they can provide enough content to launch it properly and then sustain it–the true test for any of these enterprises. EqauliTV says their business plan is there and that people with disabilities represent $25 billion in spending power.
The CRTC has a tough job sorting all this out. From here, however, some causes already seem more worthy than others.
Canadian Television and Telecommunication CommissionCRTCEqualiTVSun News Network

Writers salute their own at WGC Awards 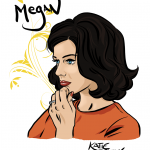