The Toronto International Film Festival is often one big hype-a-thon, a blur of red carpet sightings and celebrity hustle. Last Thursday, I had the privilege of attending one sane and civilized little corner of the star cluster, the 6th annual Playback Canadian Film & TV Hall of Fame gala, held at the C Lounge on Wellington.
This was a night out with the grown ups. The honorees were a who’s who of Canadian entertainment industry icons, including David Suzuki getting the Swarovski Humanitarian award and the late Al Waxman saluted by always entertaining Norman Jewison. Colm Feore, Rock Demers, George Anthony, Ted Kotcheff and Slawko Klymkiw all were singled out for career achievements.

Ron James had the difficult task of emceeing the evening, held in a venue where the outdoor patio worked better than the boxy banquet space. James has probably played bingo halls in the Northwest Territories with better sight lines.
Yet he managed to seize attention and set a witty, classy tone to the festivities. That was no small feat, as this was a smart room and the speakers included some seasoned storytellers.
Jewison’s salute to Waxman was a high point. He pointed out that you can still shake hands with Waxman thanks to a life-size statue of the late King of Kensington star right over in a park near Kensington market. Asked Jewison: Is there a statue to any other Canadian actor anywhere else in Canada?
Waxman’s son Adam read letters from his dad’s former Cagney & Lacey colleagues Tyne Daly and Sharon Gless. I’ve interviewed both ladies and they speak of Waxman with tremendous love and respect. The letters mentioned how modest he was on the Cagney set. Gless never forgot how welcoming he was to her as she became the third actress to play Christine Cagney on a series that was canceled twice before enjoying a six season run.
Jewison remembered a confident actor who needed very little direction and who could be thrown into any situation. The two worked together on two films, including Hurricane.

I remember Waxman as a humble man who was very passionate about his craft and his country. He died in 2001, age 65.
It was nice to see former Toronto Sun entertainment editor Anthony singled out for a stellar career in the arts. Jian Ghomeshi said he pretty much owed his career at CBC to the former network executive. George joked that he was taking a bow for the works of others but, as a guiding hand and friendly mentor in a what is often a tough and crazy business, he deserves every accolade. He was creative head at the network when Air Farce, 22 Minutes and several other long-running comedies took root. He’s still an executive producer on Rick Mercer Report, and Mercer was first to stand an applaud after Anthony’s remarks.
Always articulate Feore set the tone early with a smart and self-effacing speech. Kevin Tierney used the old line in his introduction that actors do movies to get famous, TV to get money and theatre to get good. “All in all,” said Tierney, “Colm would like to do more television.”
Demers pushed the time limit but the Quebec-based filmmaker and exhibitor had rich stories to tell. Helga Stephenson paid tribute to Kotcheff, a director whose credits include adapting his pal Mordecai Richler’s great novel The Apprenticeship of Duddy Kravitz (fully restored and heralded at Cannes) to helming and producing episodes of Law & Order SVU. Under the weather, Kotcheff’s thank-yous were taped but no less touching and heart-felt.

The guys behind Marblemedia, Mark Bishop and Matt Hornburg, won Playback’s outstanding achievement accolades. They made too many hashtag jokes which caused Yannick Bisson and his wife Chantal’s beautiful young daughters sitting behind me to all wince at once. “Hashtage–forty-year-olds shouldn’t make hashtag jokes,” one of the kids quipped.
Christina Jennings paid tribute to her classy Canadian Film Centre colleague Klymkiw and he spread all the credit around in a very gracious speech. Slawko survived 20-plus years at Newsworld and CBC, nine as the main network’s top programmer, before taking the reins at the CFC. As Jennings said, one of the things about Klymkiw is he doesn’t gossip and, instead, stays focused on the positive–not easy in a business where the knifes are always pointed at you. He emphasized the 1700 students who have emerged from the CFC’s film and TV programs, an incredible 93% now working in the industry. Hell of a legacy.
If ever there was any doubt, you could tell the award meant something to Klymkiw because he left the red clown pants at home.
Suzuki gave the most passionate speech of the night, almost a call to arms. Introduced by George Stroumboulopoulos, the famed environmentalist aimed his anger squarely at the Harper government, blasting them for cynically putting the economy always before everything, including such essentials as air, water, food and the earth itself.
One young talent was saluted among the elders: Montreal-based filmmaker Xavier Dolan, singled out as the Breakout Award recipient. Veteran director Patricia Rozema did the honours.
Kudos to Playback publisher Mary Maddever and event partners CBC. It was a great night, and reminded me how lucky I am to have a rail seat on this crazy, wonderful business. 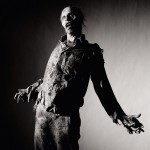 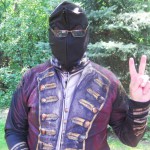 Wake up! Sleepy Hollow is one fun ride