Last January during the TCA press tour, I spoke with Canadian-born actress Cobie Smulders on the set of How I Met Your Mother. I was among a group of critics shuttled to the CBS Radford Studios lot where the series tapes as it wound down towards its final episodes. (The finale airs at the end of this month).
Smulders was asked about HIMYM winding down after nine seasons. She seemed happy to change the subject, however, from her soon-to-end comedy to a new one in Canada starring her old buddy Paul Campbell–CTV’s Spun Out.
That series, which is set at a P.R. firm, stars Campbell as the new kid in the office. His boss is a PR legend played by former NewsRadio and Kids in the Hall star Dave Foley.
Spun Out premiered Thursday immediately following Canada’s most-watched series, The Big Bang Theory (cue CTV’s release Friday declaring Spun Out the No. I new comedy in Canada ever) and settles into its regular times lot Friday at 8 p.m. on CTV.
How does Smulders know Campbell? Both worked their way up in the business in Vancouver, where they shared the same agent.
“She’s awesome,” says Campbell, when I told him of Smulders’ support last week.
He says he did a pilot in 2005 with Taran Killam (Saturday Night Live). Smulders attended the taping and soon after began dating Killam. “Now they’re married and have a beautiful daughter,” says Campbell. “She owes me huge.”

Read more about Campbell, Foley and Spun Out in this feature I wrote for The Toronto Star.
Cobie SmuldersCTVFeaturedHow I Met Your MotherPaul CampbellSpun Out 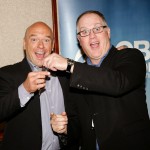 This week in pointless embargoes: news from Stephen King and Dean Norris 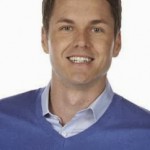