What’s the secret of comedy?
The answer is “Timing!”, and to make the joke work, you have to blurt it between “of” and “comedy.”
Several Canadian shows are hoping to solve the secret of comedy this season. While the private network swing towards funny has been encouraging, ratings, so far, have not been so hilarious. Satisfaction swung and missed last summer. Seed, Package Deal and Mr. D got little traction in 2013.
Two news shows, CTV’s Spun Out and Global’s Working the Engels, are trying to engage more Canadians this month and through the spring. I did a feature for The Canadian Press about how that’s been going. You can read the full story here.
In that article, I take the bold, Yoda-like stance of suggesting 10 ways to build a better sitcom. This will at least make one group laugh–comedy writers.
The truth is making a great TV comedy is a miracle. It’s like splitting an atom with a screwdriver. God bless anybody who tries.
While I’ll dive into Engels another day, let me take a closer look at Spun Out, which will air on Thursdays after The Big Bang Theory for the next two weeks while the March Madness basketball tournament takes over Fridays.
CTV isn’t panicking moving Spun Out to Thursdays–the B-Ball tourney forced their hand. The ratings trend, however, was getting tough to spin. The show opened above 1.2M in the overnights behind Big Bang on Thursday before dipping to 800,000 the next night and less than 600,000 in the overnights the next week. With half the audience gone in eight days, the comedy was looking to settle around the half-million mark in Week Four on a Friday.
Fridays are a quiet night but CTV has vaulted over a million each hour with imports for years. Even TVLand import Kirstie–hardly a critic’s choice–was outperforming Spun Out at 8:30. Were viewers–as my CHML buddy Scott Thompson has suggested–just turned off by Dave Foley’s creepy goatee in those ubiquitous Spun Out ads?

The CTV comedy is well cast, with all of the players rising to their heightened reality of their characters. Paul Campbell is full of boy-next-door charm and goofiness as new kid Beckett Ryan. Rebecca Dalton balances blond ambition with edge as daddy’s little PR princess. Al Mukadam wears his wing man role like his hair–over-teased and straight up. J.P. Manoux brings a cartoon-level eccentric energy and precision to his role as Lyon’s office lackey. Darcy Michael takes things to a Kramer-like excess as the office freak.
Foley holds all that excess together with his built in comic calmness as PR legend Dave Lyons. He just always seems so at home in front of the camera and he also looks like he’s having a good time.
Holly Deveaux–as Beckett’s live-in ex, Abby–brings something lacking in the office scenes: heart. There’s a great warmth to her smile and naturalness and though she’s not used much–in the first three episodes, at least–she allows viewers an opportunity to settle a bit with these otherwise frenzied characters. She also makes Campbell’s character more relate-able and real.
There is plenty of talent and experience behind the cameras between executive producer Andrew Barnsley, EP/writers Brent Piaskoski and Jeff Biederman, EP/director Brian K. Roberts and producer Colin Brunton. Scripts have been sharply written and the one I saw live–written by Barbara Haynes–certainly played well with the studio audience.
Still, I found the first three episodes uneven as a viewer. Some elements were there, but others were missing. The whole thing just didn’t add up to enough funny for me.
Comedy is so subjective. What makes me laugh on Community or Louie might send others diving for their remotes. My note, for what it’s worth, would be for the writers on Spun Out to start asking WWJLBD–as in, “What would James L. Brooks Do?”

Brooks’ contribution to shows like The Mary Tyler Moore Show and The Simpsons cannot be overstated. He understood that all sitcoms are essentially about family, whether it is an office family like the one at WJM-TV or a family of needy bar patrons like on Cheers. The nerds on Big Bang are family, as are the misfits on Community.
That notion is a bit lost so far on Spun Out. When families are too eccentric, they take longer to warm up to. Finding that right balance between outrageous and relateable is a challenge being waged this season on two otherwise–in my opinion–hilarious shows, Brooklyn Nine-Nine and The Mindy Project.
Spun Out also spins too far from reality for my taste. Comedy can be absurd, but it still needs to be real.
You would drink at the Cheers bar or spend an evening with the Romanos. Who wouldn’t want to be a documentary cameraman covering one of the Modern Family clans for a day? Getting yelled at by Artie on The Larry Sanders Show would be like taking an elbow to the head from Gordie Howe–you’d tell your grandchildren, and they’d tell their grandchildren.
Seinfeld defied family and seems the anti-Brooks, but even those four were a family. We loved them because they touched a dark, selfish nerve within all of us. Cynical comedies like Episodes and Veep draw from Seinfeld but even they are about families, as broken and dysfunctional as they come.
Because that, too, feels real to viewers. Spun Out will need time to find and feel as real. You don’t have to want to hire this PR firm to spin your campaign–that backing up truck music idea from the pilot was idiotic. Finding a relatable family connection, however, some genuine warmth between the Lions and the lines, is what will ultimately keep this sitcom spinning. 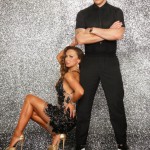 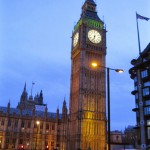 Jack Bauer is back for a day in the U.K.