The Beverly Hilton-based TCA press tour has wrapped up for another summer and for the first time in years I didn’t gain any weight.

That’s because, as mentioned here before, I went to the cottage this summer instead. The tour was packed as usual with sessions but the two-and-a-half week gathering always seems newsier when you’re in the middle of it. I picked up some intel on Twitter and Facebook, although the latter was mainly pictures of tour friends in fake promotional photos as if they were hurling handfuls of flames or covered in tattoos. (Make no mistake: I would have been all over both.)

The big news for me seemed to boil down to two things:

1. Curb Your Enthusiasm is coming back.

2. Louie is taking a break.

Beyond that, even the Twitter frenzy of past years seems to have played itself out.

CNBC put Jay Leno before the press Thursday, supposedly to talk about Jay Leno’s Garage, but he caught some ink instead with his take on Bill Cosby. Had CNBC taken reporters to Jay Leno’s Garage–it would have sucked to have missed out on that. 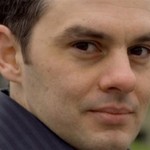 Crying U.N.C.L.E. at the movies