It was 20 years ago today that The Sopranos grabbed TV by the Paulie Walnuts.

In January of 1999, executive producer David Chase’s groundbreaking drama about a mob boss, his shrink (Dr. Melfi, played by Lorraine Bracco) and his two “families” took the antihero into a whole new direction.  Emmy winner James Gandolfini kicked down the door when it came to television surpassing film as the medium of choice. Here was a guy who could command every inch of the new, hi-def screens and, backed by the brilliant Chase, be at the centre of a whole new way of storytelling.

Almost overnight, the lock procedurals had on TV drama storytelling was blown wide open. The Sopranos wasn’t exactly a serial drama, either. Most episodes stood alone, yet they sizzled with enough detail and drama to hook viewers week-to-week, season-to-season. The Sopranos was the show you binged even before binging was a thing.

The first-season wonder, “University,” where Tony takes daughter Meadow to college, was a heart-thumping combination of Father Knows Best and “Scarface.” Terry Winter’s script found Tony fending off paid killers hanging off car doors with one hand while driving his daughter towards a brighter, less mobbed-up future with the other. “Pine Barrens,” co-scripted by Michael Imperioli (Christopher) and featuring Imperioli and Tony Sirico (Paulie), re-defined the term dark comedy. It was hilarious, moving and pathetic all at the same time, reducing made men to babes in the woods.

The series broke barriers in Canada, too. CTV boss Ivan Fecan took the bold step of buying rights to the premium cable drama and then programmed it, every night for two weeks, uncut at 10 p.m. opposite CBC’s prime time coverage of the Winter Olympics. With no southern bible belt to rise up and march on Agincourt with torches, the profanity-laced stunt delivered million-plus nightly numbers in what would otherwise have been two weeks of repeats.

The Sopranos was the poster series for the so-called “Platinum Age” of television, opening doors to a string of great anti-hero dramas such as The Shield, Deadwood, Breaking Bad, Mad Men, Damages, Boardwalk Empire, Ray Donovan, The Americans and others. I was happy to salute the series Thursday on CTV News Channel (see the above video).

I also tell daytime anchor Marcia MacMillan about my hand in having the finale shown at the Banff International Media Festival on  June 10, 2007. I arrived in Banff with a DVD screener of the highly anticipated episode, given to me by publicists at The Movie Network, in my jacket pocket. Arrangements to screen it were made on the spot.  In the audience sat a theatre full of TV’s top movers and shakers. That was a fade to black — followed by gobsmacked reactions — I’ll never forget.

I shared some thoughts about the series lasting impact with CTVNews.ca writer Jeremiah Rodriquez here.  For much more analysis, context and first-hand accounts on the series many consider TV’s greatest ever, follow this link to the brand new book by Matt Zoller Seitz and Alan Sepinwall, The Sopranos Sessions. 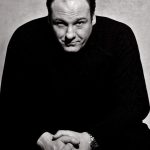