Here’s a happy report on a Canadian series with a second lease on life: Pure.

The drug-running drama about Mennonites and the mob is miraculously back after being canceled in 2017 by CBC. Distributor Cineflix wouldn’t quit on the show, needing a second season at least to land deals in America (at WGN) and elsewhere. Besides, ratings had been pretty good at CBC, with the dark drama pulling viewership numbers well ahead of another edgier than expected series, Anne with an E.

To the rescue came Super Channel, the premium pay-TV service that had recently emerged from creditor protection. Pure looked like a good fit for their Super Channel Fuse brand. The result: Season Two bows Tuesday night on Super Channel Fuse, where it can also be streamed. The Pay-TV channel will start with Episode One from Season One, allowing viewers to catch up with the original six episodes before premiering the new six-episode second season later this spring.

I traveled back to Halifax and Windsor, N.S., last July and hung out on location with the series. Personally, I was very happy for the cast and crew, dedicated and friendly folks devoted to the series. Fingers crossed, creator Peter Amo and fellow executive producer David MacLeod, along with director Ken Girotti, can keep telling this bizarre gangsta tale based on actual events which occured years ago in Southwestern Ontario.

Read my full report on how the series came back from the dead here in this feature filed this week to The Canadian Press.

Watch the above video for a two-minute chat with B.C.-native Robbins, who takes five questions, including this one: Had he ever been on another series that looked like it was done only to see it spring back into production? His answer: Yes — another Canadian crime series, that one shot in Vancouver. 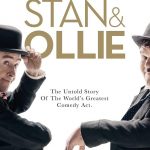 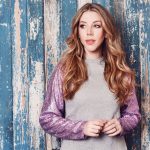 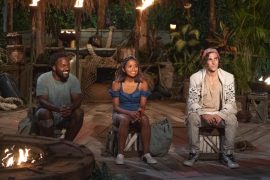