School has been out for many in Canada this week, sending some viewers south. Have the ratings gone with them?

As reported here earlier, Monday saw a slight dip in Week Two for CBC’s new Street Legal in the old, “overnight estimates” measurement (341,000). Elsewhere on the night was all imports save for sports specialty, where the Leafs lost to Tampa Bay on SportsNet Ontario (571,000) and the Raptors also stumbled against the Cavs on TSN (322,000).

Wednesday saw CBC’s new law series Diggstown slip to 291,000 estimated, overnight viewers, followed by the BBC miniseries import Ordeal by Innocence (190,000). The weak lead-in was no help to The National (under 370,000 in both half hours).

The World’s Best quietly packed up its tent and went home to 342,000 in the finale on Citytv. The big draw in sports was watching The Leafs’ late comeback bid against the Blackhawks fall short (711,000). 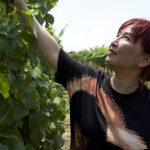 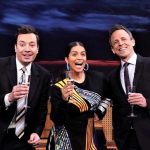