At the 9:09 mark of the pilot episode of Tulsa King, Sylvester Stallone knocks out his first palooka. It’s a clean right cross, boom, lights out.

And why not? As Mafia capo Dwight “The General” Manfredi, he’s got every right to be a little testy. He just served 25 years in a Philly slammer, “definitely not a great choice for a destination wedding,” as he says in the opening narration.

When he finally gets sprung, he returns to his crime family in Long Island to determine if all those years covering for his mob boss (veteran Canadian character actor A.C. Peterson) was worth it. Instead, he finds out that the old man’s punk kids are in charge now and he’s been exiled to Tulsa, Oklahoma of all places, to open a new protection racket.

So, boom! down goes sonny.

And here’s the genius of Tulsa King, premiering Sunday on Paramount+: we are all, basically, just getting out of prison. The pandemic and many other factors going back over the last 25 years, have us all on edge. So Stallone, still impressively fit at 76, decking random idiots, is our new hero. Sure, he’s a crook, but in a world filled with corporate and political gangsters, Stallone is truly one Tulsa King we can all get behind.

Manfredi goes to Tulsa, and that’s where this sleeping-with-the-fishes out of water story really begins. He doesn’t know from cell phones or Uber. He’s strictly old school, Dwight the dinosaur.

Right away, however, he encounters a cab driver named Tyson (Jay Will) who becomes his personal chauffer. He walks into a legal pot dispensary, knocks out the beefy doorman with a well-aimed metal thermos and persuades Bodhi the manager (Martin Starr) to pay protection. He reaches into the safe and takes his share, then returns later with a security camera. Thoughtful.

He gets dropped off at a local cowboy bar named “Bred2Buck” and ingratiates himself with the locals and bartender Mitch, played by Garrett Hedlund. Sure, more folks get decked. A stranger in town needs to earn respect.

You want romance? Actress/comedian Andrea Savage plays Stacey Beale, a regular bar patron who, after a dalliance with Dwight, can’t believe she just slept with a 75-year-old. Dwight makes no apologies, and, really, this stranger is such a gentleman he has to be irresistible. We’ll find out later when Dana Delany joins the series as Margaret.

Stallone isn’t the only thing sly about Tulsa King. There’s a wry sense of humour sprinkled throughout. It’s in the dialogue, and in the attitude. This is a surprisingly funny drama, with other actors cast who can also find the funny.

The showrunner is Terence Winter, who wrote some great Sopranos episodes and was the showrunner on Boardwalk Empire. The series was created by actor/writer Taylor Sheridan (Yellowstone; Sons of Anarchy).

That’s a solid pedigree, but if Tulsa King starred just about any other actor, it would not pack such a punch. This series needs a veteran heavyweight who has taken some knocks but is still here, dammit, and still amazing. Having outgrown both Rocky and Rambo, Stallone looks right at home in Dwight’s finer duds. May he own this town for seasons to come. 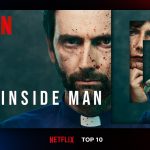 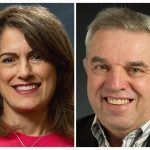