NBC entertainment president Ben Silverman admits the peacock network will likely lose Jay Leno once he leaves The Tonight Show in 2009. “I think it’s a reach,” Silberman tells Bill Carter in today’s New York Times.
Carter was reporting on yesterday’s official announcement in New York that Jimmy Fallon will be taking over from Conan O’Brien when O’Brien takes over Tonight from Leno in June of 2009. Fallon and Late Night executive producer Lorne Michaels were also at the upfront announcement.
Silverman says what he’s been saying all along, that NBC will try any way it can to keep Leno at the network, but the one job he would want–hosting the Tonight Show at 11:35 each night–is no longer an option. That has led to speculation that Leno will bolt NBC, where he has hosted Tonight since 1992, for an 11:35 late night talk show gig at either ABC or Fox. (See previous post.)
UPDATE: Meanwhile, on Fallon, follow this link to a hilarious little mashup combining Fallon’s actual NBC press conference yesterday with some post-edited heckling. This dude is in for a rough ride.
UPDATE No. 2: Read Time magazine’s James Poniewozik’s hilarious and lethal take on yesterday’s NBC Upfront “experience” here. It’s all about the future of selling TV. “It is a claustrophobic, blaring and overstimulating experience,” writes Poniewozik, “giving you a feeling simultaneously of overconsuming and of being consumed. Passing through congested arteries and through the occasional clearing, it feels like being eaten by the electronic media, passed through its digestive system, and excreted at the other end. Britney Spears’ life must feel remarkably like this.” 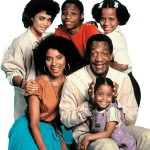 Cos And Effect: Huxtable Wins 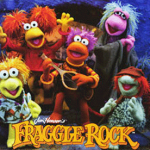 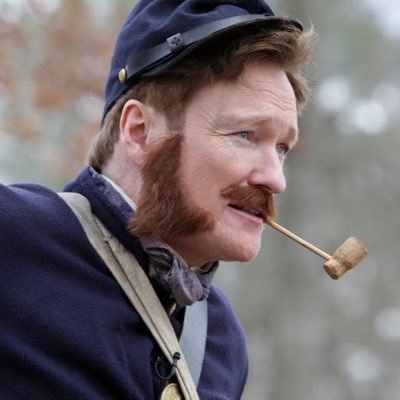 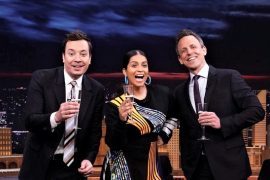