You couldn’t avoid that Michael Jackson memorial yesterday even if you were hiding out in front of your laptop. According to Neilsen Media Research, an overnight estimated 31 million Americans watched yesterday afternoon’s memorial service. It was broadcast live over 19 networks, including ABC, CBS, Fox and NBC as well as CNN, Fox News and Telemundo. The event also dominated social networking sites yesterday, according to this Mediaweek report.
In Canada, CTV drew 401,000 Tuesday at 1 for their “Remember The Times” MJ coverage. All three Canadian national newscasts were at fairly nomal levels yesterday: Global at 6 p.m. (737,000), CBC at 10 (810,000) and CTV at 11 (931,000). The supperhour entertainment shows got a bigger boost, with Global pulling 726,000 for Entertainment Tonight and CTV 621,000 for Access Hollywood. The Can mags flipped leads, with eTalk (559,000) besting Global’s ET Canada nationally (467,000). CTV’s local Evening News beat them all with 1,,212,000 viewers.
The pervasiveness of the whole Jackson deal is just one of the topics on today’s radio chat with CHML’s Scott Thompson. You can listen in here.
It is staggering how Michael Jackson seems to be worth so much more dead than alive. As Scott points out, Elvis Presley made $4 million the last year of his life and made $52 million last year. Jackson’s death has brought his recording career to life; sales of his solo albums have jumped 90% to over 800,000 units sold according to this report today from Reuters. You know that in coming months there will be new CDs of lost or unreleased music, DVDs of yesterday’s memorial, and endless other authorized and unauthorized MJ extensions; let’s hope some of it gets into the hands of his three kids. 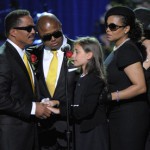 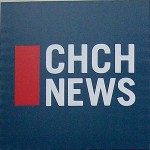