This week Scott Thompson wanted to talk about all the changes with the Canadian network news anchors. First Global National News anchor Kevin Newman announces he is quitting his job (Aug. 20), then Lloyd Robertson gets called back to pyramid duty (the 76-year-old will retire in 2010 after a year-long victory lap).

I spoke with Newman (right) today for a Canadian Press feature. He was generous in his praise of Dawna Friesen (below), the Winnipeg-born NBC London bureau correspondent who will succeed him at the Global news desk in September. Newman pointed out that more women than men watch Global National at 5:30 and seeing themselves reflected in that job makes sense, he says. Read the full story here.
Newman says he has no immediate plans and, despite rumours to the contrary, truly never sought or was contacted about following in Robertson’s footsteps at CTV. Having spoken to him on several occasions over the years, he was always

friendly and accessible and dead serious about being a journalist. He took his job seriously, and after 30 years of chasing deadlines, he has earned the right to get off the crazy train that is TV news.
He has nothing but respect for Robertson, saying it is “almost unimaginable” to think there will be no more Lloyd at 11. Well, in a year anyway.
There were rumours that others had been in the running for Newman’s job. CBC rushed out a release today that practically screamed “consolation prize” announcing Diana Swain was leaving CBLT’s supper hour newscast (a.k.a. the witness protection program) to become “senior correspondent across all platforms.” There have been rumblings Global Toronto anchor Leslie Roberts also was measuring the drapes in Newman’s office.
Newman’s not sure what he’ll do next but he may not have to wait long for another anchor job opportunity. CBC’s Peter Mansbridge, who turned 62 this month, has been in the big chair 22 years, ever since Knowlton Nash quietly stepped aside to prevent Peter from being poached by U.S. broadcasters.
This month, the high school drop out becomes chancellor of Mount Allison University, a role he will fulfill until 2013. He lives with his wife Cynthia Dale in Stratford, Ont., a good hike along the 401 from the CBC Broadcast bunker.
Maybe he can’t stand standing. Maybe CBC looked at the latest news standing and went yikes. All we know is these anchor shifts usually happen in threes.
Scott also asks about the high ratings in Canada for Betty Whites’ summer sitcom Hot in Cleveland and Global’s even hotter rookie Rookie Blue. You can listen in here. 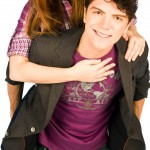 CBC‘s 18 to Life Gets New Life on The CW 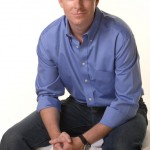