BEVERLY HILLS, CA–Ken Burns’ The Tenth Inning—a sequel to his 1994 documentary Baseball, will premiere Sept. 28 and 29 on PBS. The new chapter allows Burns to look at how steroids changed the game, the rise of Latin American players and how Burns’ beloved Boston Red Sox finally broke their jinx and won a World Series title.

Joining Burns on the PBS press tour panel Wednesday was filmmaking partner Lynn Novick and Marcos Breton, an author and baseball beat writer for the Sacramento Bee. When it was suggested that money, not drugs, has wrecked baseball and the disparity between have and have-not teams leaves the Blue Jays and others on the sidelines, Breton stepped up to the plate and took his cuts. “If I were a fan of Toronto,” he said, “I would be more mad at a terrible ownership and terrible management and all the bone-headed decisions they’ve made for the last 10 years.” He singled out former Jays’ manager J.P. Ricciardi as “ridiculous” and someone “who never should have gotten the job in the first place.” The Jays, he went on, are in the same boat as teams from Kansas City and Pittsburgh—“stupid organizations with stupid general managers, stupid owners, you can’t blame it all on money. You really can’t.”
Breton pointed out that the small market Tampa Bay Rays are right there with the Yankees this season and that the Yankees, who failed to make the playoffs the year before, went almost ten years between World Series wins.
So blame local management and ownership, not money, says Breton, “for wrecking baseball in Toronto.” 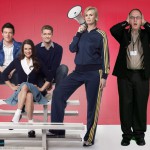 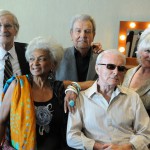 TCA Tales from the Pioneers of Television