Good news, Gleeks. The second season premiere of last year’s breakout series Glee is a satisfying return to form. Don’t miss the first five minutes, where creator Ryan Murphy gives a big F-U to all of us who thought the musical descended into gay karaoke the last half of last season.

Josh Sussman, hilarious as Jew-fro-ed blogger Jacob Ben Israel, opens the season by gooning all the regulars with his web cam. The theme of his expose: Glee‘s “Big Gay Summer.”
One of his hard-hitting questions: “Will Schuester–how do you respond from a post on my blog saying your glee club song selections sound like they come from a drag queen’s iPod?” Would that Ben Israel worked the press tour.
The segment is cheeky, inspired and hilarious. Don’t overlook Ben Israel’s mike clip.
The fun in the details is back on Glee. With a summer to finally catch his breath, Emmy award winner Murphy has put the focus back on high school politics and relationships, both among the students and the teachers.
﻿

Finn (Cory Monteith) and Rachel (Lea Michele, above) are back together and as mis-matched as ever. Sue Sylvester (Jane Lynch) is back on the war path.

A beast of a new gym teacher, coach Sannon Beiste (real life arm wrestling champ Dot Jones) joins the cast as a new nemesis for Sylvester. She’s formidable in the season opener, but reveals a surprisingly tender side later in the episode.
Jones’ addition to the cast sadly spells the end of the Glee road for Canadian actor Patrick Gallagher, who played frustrated football coach and would be Romeo Ken Tanaka. We hear about what happens to the character in the screener sent to critics but we don’t see it. Monteith hinted at the summer press tour that Gallagher did get one, last, spectacular scene in the series so I’m hoping it makes the version that airs tonight.
The season premiere even shows there is a way to work in a guest star without wrecking the flow of the series. Wee songbird Charice guests as a potential new recruit for the glee club and fits in seamlessly with the rest of the cast.

Next week, Britney Spears is showcased in an episode where the Glee Brittany (Heather Morris) gets to shine. That sounds like a slide right back into Olivia Newton John-land but Murphy was pretty pumped about Spears interest in the show when he spoke with critics art the summer press tour. Former Full House dude John Stamos also guests on episode two as Will’s dentist.
Beautiful Montreal native Jessalyn Gilsig was in Toronto yesterday to help promote the series and says her character, Will’s self-obsessed ex- Terri, will return in episode two and really gets back into the series in episode six. Look for another marital meltdown scene, this time in front of the other women, Emma (Jayma Mays). Murphy said at press tour that Terri has plenty of unfinished business with Mr. Shue.

The kids at the Fox fun factory shipped an oversized giant tub of Mr. Shue’s hair gel to critics. It’s pretty sad when you reach an age where you see this stuff more as a solution to untamed eyebrows than thinning head hair.
The thing the folks at Fox most want to stick: Glee kicks off a new season on a new night, Tuesdays at 8 p.m. on Fox and Global. 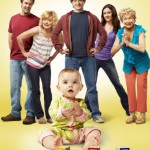 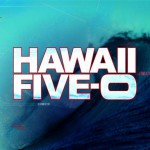