Fridays used to be where shows went to die. Not this year, with both ABC and Fox launching new shows with big names into a night CBS never gave up on. Tom Selleck, Jimmy Smits and Dana Delany all headline Friday night launches this fall. Read more about the Friday revival at this story I wrote this week for The Canadian Press.
Back for another season tonight are The Ron James Show (CBC at 8), The fifth estate (CBC at 9), summer start up The Good Guys (Fox at 9), Smallville (CW at 8; Sept. 28, CHCH), School Pride (NBC at 8), Dateline (NBC and A at 9) and 20/20 (ABC and CHCH at 10). The new shows are:

Body of Proof (9 p.m., ABC)
Renown neurosurgeon Dr, Megan Hunt (Dana Delany, left) can’t cut people up anymore after injuring her hands in a car accident and so becomes a crusading medical examiner. “You can’t kill somebody when they’re already dead,” she figures. Jeri Ryan (Shark) plays her hot boss.
STARWEEK RATING: “I like that she’s complicated,” says Delany, another returning TV star who never seems to wear out her welcome. Hey, Quincy ran for seven seasons (including two on Friday night).

If you missed the takeoff of this riveting reality series last year on History Television, grab a parachute and climb aboard one of the vintage DC3’s kept aloft by Buffalo Airways. These old war birds patrol the Canadian arctic thanks to crusty air coot Joe McBryan, his enterprising son Mikey and a hanger full of twentysomething recruits. You haven’t really flown, as McBryan says, until you’ve strapped one of these suckers to the seat of your pants and made the lift out of Yellowknife.
STARWEEK RATING: Flying this over to the mother network is a bit like buzzing the tower, but then again, it is the best Canadian reality series ever.

Outlaw (began last week, 10 P.M., NBC and Global)
A member of the U.S. Supreme Court (Jimmy Smits, left) who loves to screw around and gamble gets fed up with the system, man, and bolts the bench to become a crusading law avenger.
STARWEEK RATING: Like Jim Belushi in The Defenders, Smits takes money for slumming through legal lite. The always welcome actor is easy to accept as a flawed folk hero and could find that times call for just such a law man of the people.

Blue Bloods (10 p.m., CBS and CTV)
Tom Selleck (Jesse Stone) returns to series TV as Frank Reagan, the heroic head of the New York police department. He’s also head of a family full of law enforcers, including sons with badges Danny (Donnie Wahlberg) and Jamie (Will Estes) and DA daughter Erin (Bridget Moynahan). Len Cariou plays police patriarch Henry; Bobby Canavalle (Third Watch) joins the DA’s office.
STARWEEK RATING: Executive producer Robin Green, half of the husband-and-wife writing team behind several Sopranos episodes, says this series grew “as sort of a curative after Sopranos to find out what a hero is today.” Selleck is down with that and we’ll see it explored as much around a dinner table as a squad room. 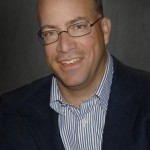 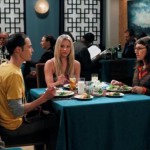