This week, Scott Thompson at CHML wanted to know if I thought Nik Wallenda will be a bit hit on TV Friday night as he walks across Niagara Falls. “Is this Harry Houdini TV come back to us?” asks Scott.
My take is that this is silly season, the time of year when these things can work. I actually remember Evel Knievel and the fiasco that was the Snake River Canyon jump way back in the ’70s. People will always tune in to see somebody fall to their death on television–except the guy is tethered, so really, it’s no different than The Bachelor.
ABC and CTV are carrying it live over three hours of prime time tonight, so hopefully Wallenda makes it half way across. Look for plenty of ads for Depends. 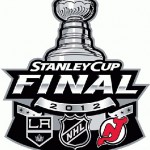 Battle of the hot dogs Chicago style on Conan