Years ago it was said that if you lost Walter Cronkite, you lost the White House.
The “most trusted” CBS news anchor certainly played a part in ending Lyndon Johnson’s political career.
Even more lethal, it could be argued, was being the steady butt of Johnny Carson’s jokes. While he gently poked fun at Richard Nixon, Gerald Ford or Ronald Reagan, Carson was famously a-political. You never really knew if he was a Republican or a Democrat. So if he was throwing dirt on you, it was over.
When it was clear Nixon was a crook, Carson hit him with this: “Did you know Richard Nixon is the only president whose formal portrait was painted by a police sketch artist?”
Today’s late night hosts are less restrained in their zingers, far faster to respond and there are a lot more of them, leading to gang tackling politicians didn’t have to contend with in Carson’s day.
This has to be a troubling problem, especially this late in the campaign, for Team Obama. They’ve seen their man slide from being a big “Get” on Letterman to a nightly stooge across all networks in three short weeks. You don’t want to turn into America’s Joke in October before the Big Vote in November. Take a look at the Obama-bashing going on now on a nightly basis and repeated throughout the day on YouTube, Facebook and Twitter:

“You know your campaign’s in trouble,” Letterman joked Wednesday, “when you’re looking for Joe Biden to turn it around.”

“Unemployment is 7.8 percent, the lowest it’s been since Obama took office,” Jay Leno joked Tuesday. “The Obama campaign said they can’t wait to take these statistics and not use them in the next debate.”

“At one point last night,” said Conan O’Brien Friday, “President Obama said the one thing about being president is learning to say no. Especially when someone asks, ‘Do you feel ready for this debate?”‘


“Last night was the first presidential debate at the University of Denver,” Fallon joked last Friday. “Of course, a lot of big names didn’t show up for the event — Joe Biden, Nancy Pelosi, President Obama.”

“Pundits have had a few days to take a look at the debate,”Letterman said Monday. “They’re saying that President Obama walked on stage without a plan and was listless and disengaged. And when I heard that I thought, ‘Well, that’s worked OK for me.'”


“In a new interview, first lady Michelle Obama said that she would choose Will Smith or Denzel Washington to play her husband in a movie,” joked Jimmy Fallon Monday. “Or as Democrats put that, “Any way they can play him in a debate?”

Said Fallon on Friday: “It was not a good night for the president. In fact, the president seemed to give long-winded, disjointed answers during last night’s debate. Even Gary Busey was like, ‘Dude, you’ve got to focus.'”

“The only thing that could have salvaged the president’s performance,” said Jimmy Kimmel Friday, “would have been if the body of bin Laden fell from the ceiling onto the stage.” 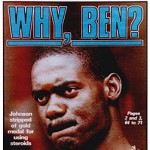 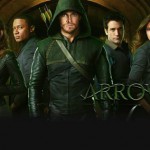 TONIGHT: Nashville and Arrow worth the wait