If you haven’t been watching Orphan Black on Space, catch up with one of the most talked-about shows and performances in North America Friday night on CTV. Tatiana Maslany so wowed critics with her Streep-like range on this Toronto-based thriller she beat Bryan Cranston in Breaking Bad two weeks ago at the Television Critics Association 29th annual TCA Awards.
And why not. Hell, not even Cranston has to act opposite himself, as Maslany sometimes does on Orphan Black.

The 27-year-old was singled out for giving the best individual achievement by a lead actor or actress in a drama throughout North American for the 2012-13 season.
Not bad for a kid from Saskatchewan.
Her show is a dazzler, too, drawing viewers in with clever twists and turns, pace and complexity. Below is my original set up to the series posted March 30 as it premiered on Space, with a nod to how this series sprang from the Canadian Film Centre’s creative TV hothouse.

A few weeks ago I was down in the States and this Fox International publicist says to me, “I’m digging these shows you guys are making up there now, especially Lost Girl and Continuum. What’s going on up there and what else ya got?”
I told her what I’ve told others since; if you like Lost Girl, you’re going to love Orphan Black. The first two hours zip by and leave you wanting more. The taut, biological thriller airs on Space and Stateside on BBC America.
The series stars Tatiana Maslany as Sarah, a street smart orphan who discovers early in Saturday’s opener that she has a clone and she’s a dead ringer. What’s more, there are other clones like her, and somebody seems to be trying to bump them all off.
Maslany takes the showy role and struts off with it in many directions. Read more about her here at this feature I wrote for The Canadian Press.
The creators, executive producer Graeme Manson (Flashpoint) and producer-director John Fawcett (Spartacus, Lost Girl), batted the idea around for 10 years. “We tried to make the whole thing work as a feature for a while,” says Manson. When TV tilted back from procedurals to serials, the two started pitching it as a series. “Serialized cable television really lent itself to the project,” he says.
Manson was showrunner in residence at the Canadian Film Centre in 2009 and smartly put his students to work on refining the concept. “In that program, they bring in a bunch of writers and they bring in a senior writer who brings in a show concept and develops a show with the students,” he says. “You go through the process of developing a show and getting them all on board and working in the setting that’s just like a writer’s room.”
Orphan Black bloomed as more of a conspiracy thriller in that academic hot house. Manson and Fawcett continued to develop and pitch. They took it to USA, FX, all the usual cable suspects. Finally, BBC America–who got into the originals game two years ago with another shot-in-Toronto series, Copper–picked up the torch.
The CFC experience was a winner for both teacher and students. Five of the six writers in the Orphan Black writing room are CFC grads. 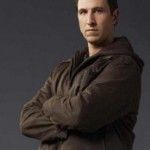 My big screw up with busy Pablo Schreiber 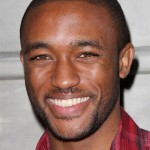