If this is Tuesday, it must be time to get a PVR. This is one of TV’s biggest battlegrounds, and things are heating up this fall with Marvel’s Agents of S.H.I.E.L.D. entering the fray.
Can the comic book B-Team behind the superheroes from The Avengers take down the mighty agents of NCIS? This battle of the acronyms will be one to watch this fall. NCIS enters its 11th season as the No. 1 TV series in North America, averaging 2.5 million viewers a week on Global and 25 million a week on CBS. The average age of that audience, however, is 60, so this is a smart counter programming move by Disney-owned ABC and CTV. S.H.I.E.L.D.–plus the departure of popular Cote de Pablo–should chip away at NCIS‘s loyal audience.
The bad news for CTV is they’re forced to flip The Voice over to CTV Two to make room for S.H.I.E.L.D. Ouch.
The other Tuesday jam breaker could be Person of Interest at 10 p.m. The third year CBS drama was a consistent million-plus player for City but was swapped this summer to CTV for rights to Chuck Lorre’s new Monday comedy Mom. It’s a bold move on both sides–with City keeping another potential Big Bang away from CTV–but I look for Person of Interest to hit two million a week in its new home in Canada. City gambled against conventional wisdom, which is never, ever trade away a hit. We’ll see if their hunch plays off.
City did, however, pick up what I consider this fall’s best imported comedy, Andy Samberg’s Brooklyn Nine-Nine. Here’s a look at what’s new for Tuesdays this fall on the major networks:

The Originals (8 p.m., The CW; Thursdays at 9 on CHCH. Premieres Oct. 8 and 3).
This is about pale, pouty teen vampires and yet its called The Originals. Don’t make me watch it.

Brooklyn Nine-Nine (8:30 p.m., Fox/City. Premiering Sept. 17).
My favourite new imported sitcom. SNL grad Andy Samberg plays a smart-alacky detective who books crooks like crazy but won’t wear a tie. Andre Braugher plays the squad room’s new Captain who plans to force the kid to grow up. The ensemble is terrific, bringing back memories of Barney Miller, with always gold Terry Crews (Idiocracy) a stand out as a gun shy Sergeant. Braugher steals every scene he’s in by playing it much straighter than the character. Samberg’s cheeky shtick may grate occasionally, but I found the pilot so watchable I screened it three times.

Marvel’s Agents of S.H.I.E.L.D. (8 p.m., ABC/CTV. Premiering Sept. 24).
The bureaucrats from the summer action superhero blockbusters The Avengers, Thor, Captain America, The Hulk and Iron Man get their own series.
Here’s what I liked about the pilot: plenty of action and special effects and a fun, surprisingly humorous script. You can feel Josh Whedon’s finger prints on this, along with his younger brother Jed. Clark Gregg gets to strut a little as Agent Coulson (stick around to see his cool car take off at the end). Ming-Na Wen, Brett Dalton, Chloe Bennet, and, occasionally, film holdover Cobie Smulders (above with Gregg) round out the cast. The 8 o’clock time slot is perfect and should help attract a younger audience.
The challenge: answering plenty of questions. While it will open big, and the movie releases will goose the series, can you do this kind of big-budget action hour every week without The Hulk, Thor, Iron Man, etc? Would anybody have watched Agents of Batman in the ’60s if it was just about Commissioner Gordon and Chief O’Hara? Is it going to be enough just to see Thor’s hammer in the shop every third episode? And will the big money run out around episode seven?

The Goldbergs (9 p.m., ABC/CTV. Premiering September 24).
It doesn’t stink, but the TCA press tour session was way funnier than the pilot, usually a bad sign. This family sitcom is produced by a guy named Goldberg and he’s based it on his own upbringing. Basically, the youngest of three kids (Sean Giambrone, who charmed reporters last June at CTV’s upfront) follows his crazy family around all day and night with his video camera. It is set in the ’80s, so it’s a big, clunky camera, not an iPhone.
Uptight dad Jeff Garlin (Curb Your Enthusiasm) steals scenes left and right, even from George Segal, who plays “Pops.”
Incidentally, one of the first network sitcoms ever was also called The Goldbergs. It premiered on CBS in 1949, and ran for years before that on NBC’s radio network. It was created by writer-actress Gertrude Berg, who won the first performance Emmy starring as the lead, Molly Goldberg. Her story–a woman writing, producing, starring in a radio and TV series which ran for decades (and standing up against the red scare witch hunts of the ’50s)–would make a hell of a TV series. Yoo-hoo–HBO? Netflix? Anybody?

Crossing Lines (9 p.m., CBC. Premieres Oct. 8).
Shot in France and Prague, this international co-pro is about cross border crime busters who work for a World Criminal Court. William Fichtner (Prison Break) is the good guy American. Donald Sutherland collects a fat cheque for appearing a a few scenes which basically are all jammed into the promotional trailer. Great scenery, seen-it-before storylines. NBC saw it drop this summer to just over two million U.S. viewers. The biggest line crossed may be CBC importing this prime time hour in a what could be a chilly fall for the public broadcaster.

So I get home from press tour and tell my 20-year-old son Daniel to check out this new series Lucky 7. “Yeah, I’ve already been in two episodes,” he tells me. Whatthe??
Seems the lad took a few days off from working at Joe Fresh this summer to appear as a background extra on the series, which shoots in Toronto. TV really does feed my family.
Lucky 7 looks at a group of gas station/convenience store employees who hit the jackpot after riding the same damn numbers for years. Features Isiah Whitlock (The Wire), Matt Long (Mad Men) and Toronto native Anastasia Philllips (Bomb Girls). Plus Dan (don’t blink or you’ll miss him.)
The pilot sets up a required amount of tension. There’s the fellow employee who forgot to play that week–D’oh!–and thus missed out on a fortune, the dum-dum who tried to rob his own store right before the win, etc. But a series about this? This isn’t even a movie, it’s a commercial! They’ll be lucky to get to seven episodes.
ABCBrooklyn Nine-NineCBSCity Fox NBCCTVDadsGlobalLucky 7Marvel's Agents of SHIELDThe GoldbergsTrophy WifeUncategorized 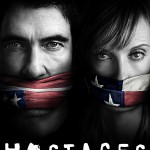 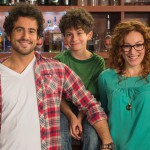