Mark Pedowitz, entertainment president of The CW, hinted at the summer press tour that his weblet was trying to get funnier. The success this summer of Whose Line is it Anyway? gave the network, in Pedowitz’s words, a “strategic piece” of comedy. Yes, he said, after years of teen angst, he was ready to explore “sitcom development or comedy reality.”
Word comes Tuesday that Pedowotz had taken a short cut through Canada. He’s picked up Seed, the Halifax-based City sitcom  starring Adam Korson as a happy-go-lucky sperm donor/bartender.
Should this be a surprise? The CW already calls its digital series portal CW Seed! A Canadian comedy, Backpackers, is among the CW Seed offerings.
Still, Seed was not a hit last season on City. It got CW-like ratings in a tough Monday night timeslot, losing viewers despite being hamocked between two popular imported sitcoms. The Rogers-owned network showed guts sticking with it in-season, and then surprised some, including me, by renewing it for another 13 episodes.
Clearly, eOne, which handles worldwide rights to the series, felt it was close to a U.S. deal. Executive producer Mark Farrell seemed excited about Season Two when I chatted with him at the City upfront in Toronto last June. Creator Joseph Raso and the rest of the cast were also upbeat. Now they’ll all get to play to a bigger room.
Still, does this mean Korson’s sperm dude has to start impregnating vampires? Teen vampires?
The CW might as well stand for “Canadian Warehouse.” Reign, their new period drama featuring Anne of Green Gables sweetheart Meagan Follows, is shot in and around Toronto’s Casa Loma. Whose Line improv aces Colin Mochrie and Ryan Styles both claim Canadian heritage from the neck down. Two lads from Toronto, the Amell boys, headline two of the The CW’s strategic cornerstones, Arrow and The Tomorrow People. Both those shows shoot in Vancouver, as does Supernatural. Nikita, down to its final six episodes, has always been Toronto-based. Beauty and the Beast, starring another Canadian (Kristin Kreuk), shoots in Etobicoke.
Basically, The CW has more Canadian content than CTV, Global or City and, at this rate, CBC.
The CW was also the network, under Pedowitz, that bought The L.A. Complex and stuck with the Toronto-lensed soap right to the end, numbers be damned. The network seems to operate on a cable model, ignoring total ratings and concentrating on brand and demos.
This approach should provide Seed with plenty of time to do what always takes sitcoms a little longer to do–find its feet. 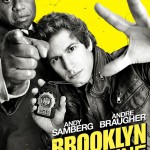 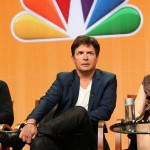