Tonight’s annual Air Farce New Year’s Eve special is all about anniversaries. It was 40 years ago this week that the Royal Canadian Air Farce performed their first New Year’s Eve gig–on CBC radio. This year’s show marks 10 years of “Farce Films.” The short, one-camera on-location bits now make up 30% of the hour-long salute to the year that was.

Above is one of this year’s Farce Films featuring one of two new Air Farce recruits, Second City alumni Darryl Hinds. (The other newcomer is Winnipeg’s Aisha Alfa.) Hinds goofs on Pharrell Williams while turning “Happy” into “Selfie.” These filmed bits are generally shot in October/November and Hinds says he froze his butt off joking around in his shorts while shooting the opening scenes in a Toronto back alley.

“This car started driving up the alley,” says Hinds, who was standing there with his pants off for the sketch. The dude drove away very slowly, perhaps thinking he’d stumbled upon a former CBC radio host.

Speaking of which, there are some interesting targets for the New Year’s Eve F-Bomb drops, although not a single Ford made the list this year.

Air Farce New Year’s Eve airs Wednesday night at 8 p.m. on CBC. I wrote more about the special and the two new cast members in a feature in Wednesday’s Toronto Star. Read the full story here.

Stick around for Ron James: The Big Picture, a new hour-long stand-up comedy special following at 9 p.m. on CBC. Taped earlier this year at the Fallsview Casino in Niagara, James goofs on Costco, Mike Duffy and this social media age where “actual human contact is becoming as rare as unicorn milk.” Watch a preview of James’ special here. 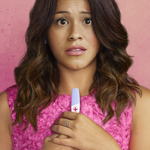 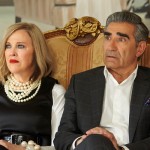 Canadians making a world of TV in 2015