This week, AM900 CHML’s Scott Thompson starts things off by asking about Jeremy Clarkson, until recently the main host of the BBC hit motoring series Top Gear. Clarkson recently ran afoul of his broadcaster after one temper tantrum too many and was informed March 25 that his contract will not be renewed. This after not enough vittles after a hard day on the set racing around in exotic sports cars. Boo hoo hoo!

The conversation moves to another Brit, James Corden, who took over Craig Ferguson’s old CBS late night timeslot Monday as host of The Late Late Show with James Corden. I like the show so far but Scot makes the point that, when it comes to diversity in late night, is another white guy from Britain then best CBS can do?

We also touch on the news that Fox has officially announced it will reboot The X-Files with the original trio–David Duchovny, Gillian Anderson and creator Chris Carter–all signed on for a six-episode miniseries. The truth is still out there–along with plenty of cash. 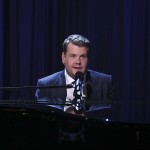 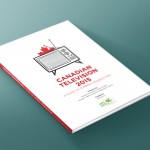 Throwing the book at Canadian television