Tyler Labine is the King of the one-season wonders. The 36-year-old Brampton-native keeps working even though he’s been attached to shows that would have killed the careers of others–does anyone, even the monkey, remember Animal Practice? Sons of Tuscon? Mad Love?

I remember how excited Labine was at the 2002 press tour party in Los Angeles to promote That Was Then. The ABC series co-starred another young Canadian–James Bulliard. The two of them were living the dream.

For two weeks. That’s how long That Was Then lasted. Bulliard left showbusiness shortly there after. Labine went on to do 10 more U.S. network series, including his only two-season gig: Reaper.

Deadbeat is Labine’s first digital series and it is damn funny, especially Season Two. It drops Monday on CraveTV in Canada and airs on Hulu in the States. Labine stars as a slacker medium who talks to ghosts and helps them with unresolved issues.

“The main reason I wanted to do Deadbeat was I felt Reaper was cut off at its knees and we never really got to tell the stories the way we wanted to tell them,” says Labine. “I recognized that Deadbeat was really the unofficial sequel to Reaper.”

For more on the series, check out this feature I wrote for The Canadian Press.

Labine isn’t the only TV lead who had to suffer through some flops before breaking out with a winner. Here are some others: 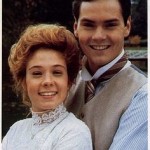 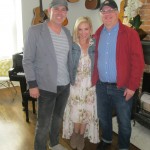 A Grande Ole time with the Wilsons in Music City