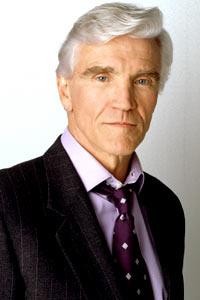 CHML’s Scott Thompson starts things off this week by mentioning the death of All My Children star David Canary. The white-haired soap star passed away Nov. 16 at 77. He won five Emmys for playing twins–one good, the other evil–on the daytime series and is also remembered by some of us for his role as the ranch foreman on the long-running NBC oater, Bonanza.

The guy had perfect anchor man hair, didn’t he? You had to trust anything he said.

This leads to more soap talk. Scott asks if they are still that popular. The answer is no–there used to be 12, now there are four network soap operas. The Young and the Restless, however, is still an afternoon audience magnet in Canada for Global.

This leads to me telling Scott about the time Eric Braeden–who’s played Victor Newman on the Y&R for a zillion years–got down on the floor and barked like a dog at a CBS TCA party several years ago. It did happen.

Scott then brings up Krysten Ritter from the new superhero series Marvel’s Jessica Jones and asks if she is the daughter of the late John Ritter. No she is not. Another great mystery solved.

We blather on, but for less time than usual. You can listen in here. 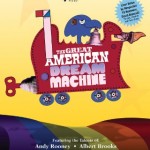 Wake up to The Great American Dream Machine 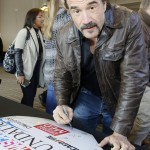 Hey, Elias Koteas–can I ask you a few questions?