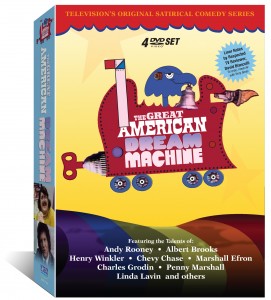 What to get the TV DVD box set collector who has everything? This Christmas try The Great American Dream Machine. It is just out this month from S’More Entertainment, Inc.

This is a trippy blast of public television from the early ’70s. It aired on PBS from 1971 to ’73, back when the American public broadcaster was still finding its feet through various affiliates, including New York’s WNET. It has not been released before in any format, although parts of it were re-edited into the feature, “The Groove Tube.”

The series predates Saturday Night Live by three or four years and there is Dream Machine DNA in SNL–although more in spirit than execution. With mock red-white and blue patriotism in the animated opener, it is pretty clear that this was not Archie Bunker’s Dream Machine, but rather one cranked up by those on the front lines of America’s counter culture.

The one common denominator in terms of SNL is Chevy Chase. He’s glimpsed as one of two Dream Machine mimes making faces for a few seconds at the start of each episode (along with Ken Shapiro).It is a minor, if memorable, contribution. 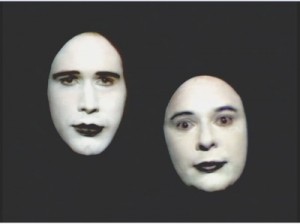 This Machine is made up of parts borrowed from The Smothers Brothers and Monty Python. There are contributions by several performers who would go on to bigger success in film and television, including Andy Rooney, Albert Brooks, Martin Mull, Henry Winkler, Charles Grodin, Charlotte Rae, Penny Marshall, Linda Lavin and other pre-Not Ready for Prime Time players.

The core contribution, however, comes from future HBO documentary division boss Sheila Nevins. She’s the engine of this Dream Machine, serving up straight ahead mini-docs in a fly-on-the-wall style not unlike that honed by David and Albert Maysles (“Gimmie Shelter,” “Grey Gardens”). There’s a wonderfully weird energy to these segments, part of the DVD’s watch-after-midnight charm.

My favourite segments are the salutes to the “Great American Hero.” You think there are nut jobs running around America today? Dream Machine visits such early ’70s characters as Evel Kneivel, stripper Blaze Star and the great hot rod kar king Ed “Big Daddy” Roth. Any one of these kooks would have reality show franchises today that would make the Kardashians look like wallflowers.

Also fun are profiles–more like snapshots–of characters still on the scene but really from the previous generation. Bandleader Artie Shaw is all charm and chauvinism. Chicago newspaper icon Studs Terkel, from his perch at a local bar, makes for the oddest improv host in history.

Dream Machine is really a wayback machine allowing viewers a glimpse back at a nation trying to emerge from assassinations and a war that isn’t going so well in Vietnam. The seven segments spread over 90 minutes seem slow by today’s kinetic standards but that is all part of the retro experience. Even the animated segments seem to go on too long. Hey, that’s what fast-forward buttons are for.

The American Dream Machine is like a visit to the library, back in the ’70s, when you could borrow a bag full of 16mm film. It’s a grab bag of independent thoughts and ideas. If you’re old enough to remember–and sentimental enough to miss–the experimental days of community access TV, The Great American Dream Machine will take you back to the best those days had to offer. 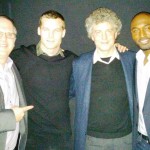 This week’s podcast: All My Children miss Canary