This week, CHML’s Scott Thompson caught me on a car driving west-bound on the Gardiner Expressway past downtown Toronto. I’m on a speaker phone, and believe it or not, the sound sound’s better!

I do a traffic report, of course. Then we talk about the death of the great Larry Sanders and why everybody who loves modern TV comedy should watch that most recent episode of Comedians in Cars Getting Coffee on Crackle. It is 20 minutes of Jerry and Garry that is so full circle complete you’ll swear it was shot and edited after Shandling’s sudden death in March.

Scott wonders how much of that Coffee ‘n’ Cars episode wound up on the cutting room floor but the big lesson Shandling seemed to teach Seinfeld was to use all the bits people don’t normally get to see; to go behind the curtain. Senfeld protests that he “likes editing–in life as well as art.” This was in an earlier exchange, 10 years ago, one of the fascinating, revealing extras on the Shout Factory DVD box set of The Larry Sanders Show. Yet Comedians in Cars seems more about pushing Seinfeld into the open, exposing his inner, aloof, somewhat detached self. Shandling, I think, helped push Seinfeld in that bold direction.

There’s more, with Scott allowing me to yak about Thursday night’s TV on Film Project screening. More on how that went in a future post.

You can listen to the whole radio chat-fest here. 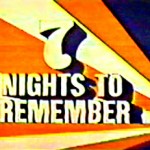 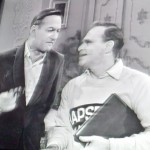