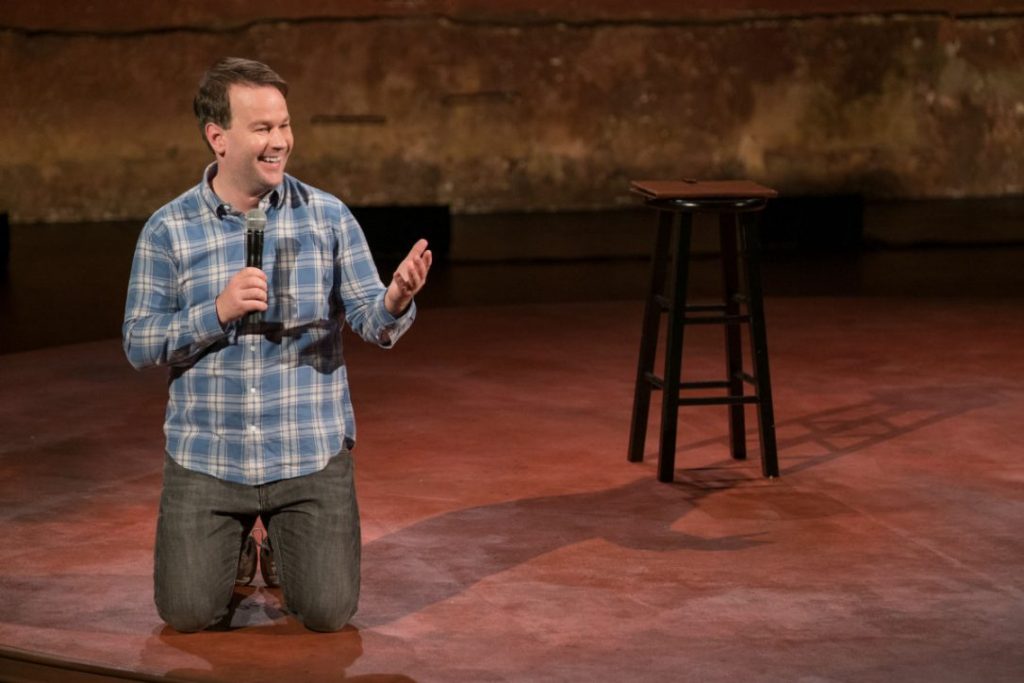 I spoke with comedian Mike Birbiglia this past July during the Just for Laughs festival in Montreal. The 39-year-old Massachusetts native was breaking in a show he’ll perform tonight in Toronto as part of JFL42: “The New One.”

Birbiglia performs 90-minute monologues that explore aspects of his personal life. This one covers the birth of his young daughter — and the painful process he had to undergo in order to help make that happen.

Part of the fun for me in talking with Birbiglia was teaming up with my son Dan on the interview. Dan happened to be in Montreal and is a fan of the comedian; he’s seem most of his movies, read his latest book and saw him live several years ago at Massey Hall in Toronto.

The subject came round to David Letterman. Birbiglia made five appearances on the Late Show.

“All comics to some degree idolize Dave,” says Birbiglia, who joined “bearded Letterman,” Jon Stewart, Judd Apatow, Kristen Schaal and several others at an Andrews Air Force Base event in the spring. “Obama was there, Biden was there, it was just a wild, out-of-body experience.”

Birbiglia says he and Apatow behaved “like comedy nerds. We cornered Dave, there was nowhere for him to hide.” The comedians demanded a photo with their idol.

“I was on the show five times, he didn’t say two words,” says Birbiglia, who summoned up the nerve to tell Letterman that, “he was the Johnny Carson for our generation.”

Letterman replied, “It’s very kind of you to say but it’s hard to take in.”

Birgiglia will headline a JFL42 Toronto show Friday night starting at 7 p.m. at the Sony Centre in Toronto. Next year, he’ll be showcased on The Comedy Network’s Just for Laughs: ALL ACCESS.

Read more about Birbiglia here at this feature I wrote for The Toronto Star. 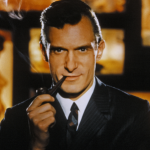