One of the hottest writers in television and film has been dead since 1982.
Philip K. Dick passed away at 53 but left behind a treasure trove of important science fiction literature. “Blade Runner 2049” just revived interest in one of the most celebrated adaptations of his work, 1982’s original “Blade Runner”.
Fans will also recognize titles including “Total Recall”, “Minority Report,” and the current Amazon hit, The Man in the High Castle”, as other notable works inspired by his dystopian vision.
Now comes Philip K. Dick’s Electric Dreams, making its exclusive Canadian debut Sunday, Nov. 12 at 10 p.m. on Space.
The 10-episode anthology boasts an impressive talent roster, including Bryan Cranston, (also executive producing along with Outlander’s Ronald D. Moore). Other stars, each appearing in stand-alone installments, include Steve Buscemi, Greg Kinnear, Terrence Howard, Maura Tierney, Vera Farmiga, Juno Temple and Janelle Monáe. Anna Paquin and Rachelle Lefevre are among the Canadian-born stars in the UK/American co-production.
Joining the impressive cast for episode six of the series is Game of Thrones star, Liam Cunningham. The Dublin native – known to fans around the world as Ser Davos Seaworth – a.k.a. “The Onion Knight” – has been part of the HBO epic since its second season, playfully referring to the global TV phenomenon as “the behemoth”.
The offer to be part of the Electric Dreams project “came out of the blue,” says Cunningham, reached on a promotional stop in New York. He had long been a fan of Dick’s sci-fi canon, especially the many film adaptations. “I love ‘Blade Runner’ and ‘Total Recall’ and just the whole idea of using robots and a bizarre science fiction subject to examine what it means to be human.”
In Electric Dreams Cunningham is thrilled to appear opposite Bryan Cranston. As Colonel Silas Herrick, Cranston is an accomplished military leader who is a brutally cold and aloof husband to his affection-starved wife Vera (Australian actress Essie Davis). “At the beginning of the story, Bryan’s character is not a particularly nice guy,” understates Cunningham. When Herrick returns from a battle gone horribly wrong, he’s suddenly wonderfully right, showering Vera with the so much passion and affection his commanders can’t help but ask: is this guy still human?

The episode was shot in an old razor blade factory outside London, the same makeshift studio where Kiefer Sutherland shot his final, 12-episode season of 24 a few years ago. The location worked for Cunningham, who lives with his family just outside Dublin.

Read more about Cunningham and Electric Dreams here at this feature I wrote for The Toronto Star. 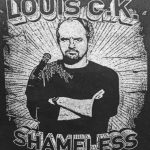 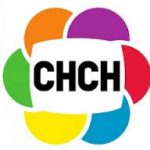