His entertainment career began as a Disney marketing executive. He went on to write several movies, including “Senseless,” “Scary Movie 3” and “Scary Movie 4,” and two “Hangover” sequels.

His latest project, however, is the ultimate scary movie: Chernobyl is a five-part miniseries about the 1986 nuclear power plant disaster in the former Soviet Union that came frighteningly close to contaminating half of Europe and poisoning the planet for a thousand years. It premieres Monday, May 6, on HBO and Crave.

I had a seat at a round table with Mazin last February during HBO’s Television Critic’s Association press tour sessions.

How do you go from the “Hangover” movies to Chernobyl?

Has the changing political climate made you want to do more serious projects?

I loved comedy; I think it’s incredibly important and I think that many times it’s comedy that actually achieved what many dramas aspire to achieve, which is a balm for the soul.

But as I’ve gotten older I have gotten a bit more contemplative about things that matter to me. What will never change for me is the comedians desire to entertain. What I never want to do is give people a homework assignment. I never want Chernobyl to feel like it was this dry, required viewing; that it was a scolding; that it was something that teachers would insist that students watch in physics class. I want always to entertain, but while I’m entertaining I want to provoke thought. And I want people to confront things that they might not know even happened or that they wished didn’t happen.

Could you make a comedy out of Chernobyl?

Are there moments of humour in the miniseries?

A bit of gallows humor I suppose. Russian humor. This is a story about an event that killed a lot of people and shortened a lot of lives and many of the people who died or impacted with this have relatives that are still walking around without a thyroid right now because of Chernobyl. We need to be incredibly respectful to their memory.

What was it that made you want to dramatize this story?

There were two things I read. On the night that the disaster occurred they were running a safety test. To me, that was so shocking and so ironic in a way that I think writers are constantly grasping for. It was the thing that made me read more. Then – every single thing I read was shocking and remarkable, in particular Svetlana Osvekas book “Voices of Chernobyl,” a compendium of first person accounts. It was gorgeous and very influential for our show.

The other thing was, how did it happen? Does anyone in this room know? Now, how did the Titanic sink? What happened? Iceberg! We all know. Now, How did Chernobyl blow up? It didn’t even happen in Russia. But safety test? I had to find out why. From there it just blossomed.

This was an accident at a poorly designed nuclear power plant. Did you feel you had to exaggerate the accident or boost the special effects to add to the drama?

One of our rules was we never exaggerate for the purpose of drama. The truth is dramatic enough and it is horrifying enough I never want anyone watching this show to say… that part that was so terrifying it actually didn’t happen – it did.

Has making the film changed your personal opinion about the safety of nuclear power stations?

This show is not a polemic against nuclear power. If anything, by the time it was over, it was clear to me how hard it is to make Chernobyl happen. You have to make a lot of mistakes in a hundred different ways and they have to be systemic mistakes and it has to occur in a closed society without any kind of free press or reasonable regulation.

Why do you think now is the right time to be making this miniseries?

Increasingly, more and more, truth is under assault in our world. This is not just a question of Europe or the United States; it is everywhere. Chernobyl is a story of what happens when you decide that the truth is not as important as what you want the truth to be.

To me, everything about Chernobyl comes back to that simple theme: when we lie to each other and to ourselves, it’s like we’re lighting a fuse. Eventually, something is going to explode. Usually that’s a metaphor. In this case, it was not.

We’re in the middle of an epidemic of denial and in particular a denial of science that is not limited to any one country. We are soaking in it ourselves here in the United States, but it is everywhere you turn.

The Chernobyl power plant and others like it in Russia have been decommissioned. But could an accident similar to Chernobyl happen in the future?

Chernobyl could certainly happen again. we know that because it happened once. Anything that happened once can happen a second time. The best way to avoid that is to remember how it happened and to not sink back into the comfort of lies. 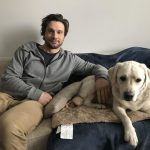 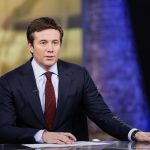 Glor deserved another year as anchor of The CBS Evening News