Episode 8 of brioux.tv: the podcast features an ol’ pal from the neighbourhood — Jon Comerford.

Me and Jon went to separate schools together. This was way back when we were both dodging the strap from Sister Martha Ann at Our Lady of Peace grade school in the west end Toronto suburb of Etobicoke.

Back when scouting and camping trips were a big deal in the community, Jon’s dad was very active  as a cub scout leader. Overnight, however, Jon’s world was turned upside down when his father suddenly passed away. As a young teenager, he had to quit school and help his mother raise his siblings. This adversity could not have been easy, but it helped make Comerford a good judge of character — and of characters.

Today, he is one of Canada’s leading casting directors, working on such shows as Schitt’s Creek, Cardinal, Coroner and Star Trek: Discovery. In even better news, he’s not just admired for his eye for talent. Actors I’ve spoken with on previous podcasts, such as Billy Campbell and Enrico Colantoni, break into big smiles at the mere mention of his name.

On the podcast, Jon shares some casting secrets and tips and also talks about one of his most successful casting discoveries — Ryan Reynolds. That kid might just have a career.

It’s what Comerford had to overcome to get to where he is today, however, that is the real reason to listen in.  Follow this link to check out Episode 8, available for streaming now, and thanks again to our sponsor, Hollywood Suite. 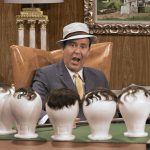 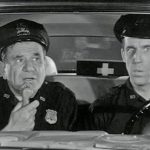 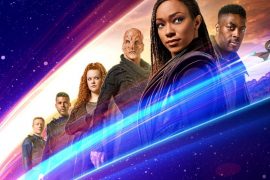