Launched this fall, the CBC series Trickster was promoted as “your next must watch series.” Produced by Sienna Films (Cardinal), among others, the North Bay-lensed drama boasted a talented young indigenous cast and some veteran showrunners. A second season was ordered before the first ever aired.

The great measure of Canadian television success came next: keen interest from content-hungry American broadcasters. The series will premiere stateside Jan. 12 on The CW — already the south of the border home to CBC dramas Coroner and Burden of Truth.

Trickster, which aired this past October/November on CBC, stars Joel Oulette as Jared, an Indigenous teen struggling to hold together his dysfunctional family — even if he has to resort to selling ecstacy after school. Former Air Farce sketcher Craig Lauzon plays Jared’s unemployable dad; Crystle Lightning his partying mom. There’s a great supporting cast, including Joel Thomas Hynes (Little Dog).

Based on the Son of a Trickster trilogy of novels by Haisla-Heiltsuk writer Eden Robinson, the series was seen as the right show at the right time, a long overdue step toward showcasing indigenous storytelling on a prime time Canadian network.

Things, unfortunately, have gotten complicated. The show’s co-creator and director Michelle Latimer’s indigenous identity claims have been called into question. A National Film Board release originally stated she was of “”Algonquin, Métis and French heritage. ” Not so came word from within the Kitigan Zibi community in Quebec. Latimer apologized, admitted she relied too much on oral historys from family members and not enough on proof.

The upshot is that Latimer, along with two other producers — Cree/Metis filmmaker Danis Goulet and executive producer Tony Elliot, have quit the series. Goulet stated she felt misled about the show being run by indigenous voices.

In other words, this wasn’t the “Trickster” she had signed on to.

CBC has done its own internal investigation of Latimer’s claims. I have not spoken with Latimer or anyone at CBC or the series and have no insight to share in that area.

For a TV show to gain a foothold with audiences, however, it’s not always about the worthiness of its creators. More often it’s about the premise, execution and promotion. Then there are these things called luck and timing.

Trickster had the misfortune of being launched into the heart of a pandemic. While a lot of us have been doing little else but watch television, stories about dysfunctional families coping with hard times — The Conners aside — were not the escapist fare we were craving.

CBC, battered as all broadcasters have been these COVID months, was not able to take advantage of holes in competitors schedules with Trickster. Hindsight’s 20-20 — especially in 2020 — but there was a once-in 20 years window of opportunity to dodge Survivor on Global Wednesdays at 8 this fall. Trickster might have been sampled more had it aired an hour earlier.

Here’s what did happen in the ratings. Trickster, which had a decent lead-in behind the imported miniseries War of the Worlds, was more of a trickle. In overnight estimates, the series was drawing in the 180,000 range among adults 2+ on Wednesday nights, shedding half the lead-in audience. The Trickster take ballooned up over 300,000 once the Live+7, PVR data was factored in, a positive sign. But in demos, particularly A25-54, Trickster slipped way down the list of average audience levels for all Canadian TV shows — and didn’t appear to be growing week-to-week.

Not helping, in my opinion: the six episode order. This works with a drop-all-at-once streaming show, but even then only if it is spectacular enough (i.e. Fleabag) that audiences will wait forever for more. Six-and-out on network leaves no footprint and is gone and forgotten. If you’ve read this far, did you even know Trickster came and went?

The series was well-reviewed, with John Doyle in The Globe and Mail calling it “brilliant at times, bracing and entertaining.” Back when it first launched, I also heard from one savvy U.S. programmer who loved the show and tipped that an American network placement was a lock.

Could CBC have done a better job playing up the more magical elements of Trickster? The public broadcaster did host a socially distanced Toronto screening, but the pandemic curtailed any energy there. It is a challenge for any show on any network to cut through the clutter, and sexier fare on Disney+, AppleTV+, Netflix, Crave, Amazon Prime Video and other streaming services grabbed what little space is left in terms of print coverage. No big name star is another hurdle, but that didn’t really put much of a dent in The Mandalorian. (Although, well, Baby Yoda.)

A showrunner house cleaning is never a good sign heading into a second season. All eyes will be on the CW launch in January. The bar is not set high in terms of numbers at the Viacom-owned weblet, and there could be lessons learned given a second chance with a different promotional spin.

In the meantime: Canada will get an Indigenous-created TV hit. There’s too much talent, right across the nation, especially in the acting community. There is also support like never before, starting with the creation of the Indigenous Screen Office under the direction of Jesse Wente. Finally, there are too many stories to tell, original, Canadian stories, from original Canadians. 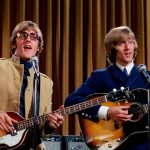 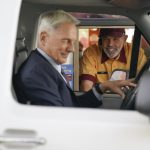