What did I think of the nominations announced this week for the 78th Annual Golden Globe awards?

First, I was happy to see The Queen’s Gambit and brilliant young Anya Taylor-Joy get nominated. Same with The Flight Attendant and Kaley Cuoco. More award show love for Schitt’s Creek? Bring it on.

I was surprised Rhea Seehorn, however, was overlooked for her great season on Better Call Saul. Better call somebody.

I was bored Mank got nominated. I gave up halfway through, the movie about the fabled “Citizen Kane” screenwriter Herman J. Mankiewicz just never got started for me. Even Gary Oldman was dull. Never make a bad movie about a great movie.

I was dissappointed Ricky Gervais was snubbed for After Life. Diaper up, Hollywood Foreign Press.

I was horrified Ratched was nominated. Ratched was wretched. Globes, not everything Ryan Murphy does is gold.

Listen as me and 610CKTB radio host Tim Denis break it all down in this radio chat recorded Thursday.

The Golden Globes will air live from Los Angeles and New York on Feb. 28 on NBC. Tina Fey and Amy Poehler will host, one in each city. Will the stars, isolating at home, still booze it up? It can’t hurt. 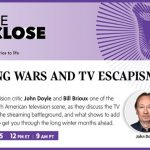 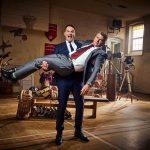 Some thoughts on the splitting of Jay & Dan