Lorne Cardinal is a droll riot as always this season as Sgt. Davis Quinton on Corner Gas Animated. The series returns for a fourth and final season Monday on CTV Comedy.

In the above video, posted on-line (and brought to my attention when shared by comedy writer-producer Gary Pearson), the actor/writer/director speaks to the searing issue that has Canadians waving fewer flags this Canada Day. As a Cree First Nations Canadian, born on a reserve in Sucker Creek, Alberta, Cardinal has seen his share of horrors and despair. Both of his parents, for example, were residential school survivors.

His message, however, is thoughtful, modest, optimistic and wise. Much like the actor whenever I’ve encountered him. Please take three minutes and watch the video; who ever you are, what ever corner you’re in, it will give you healing and hope. 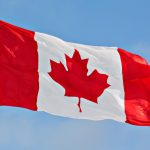 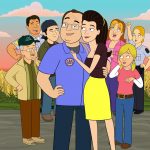 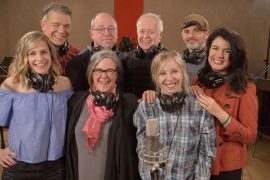