I was still in the art department of TV Guide Canada when Night Court emerged as one of NBC’s strongest assets, along with The Cosby Show, Cheers and Hill Street Blues.

There was a wide, counter top light table in the art department which illuminated dozens of slides. Pipe smoking editor Ken Larone, the one adult in an office full of twentysomethings, was trying to pick a cover subject and asked me who I would select out of several TV stars under consideration.

I pointed directly at the shot of Night Court‘s Markie Post. “Done!” said Larone, who turned and walked back to his office.

I told Post, who played prosecutor Christine Sullivan on the 1984-92 series, that story when I met her among the stars at a Hallmark Channel TCA press tour event about a decade ago. She was probably there promoting “Christmas on the Bayou,” a 2013 TV-movie she did with, among others, Ed Asner, who she worked with previously on the John Ritter sitcom Hearts Afire (1992-1995).

Post, who also starred opposite Lee Majors in The Fall Guy (1982-85), passed away Saturday after battling cancer. The Palo Alto, Calif.-native was 70. Tweeted Asner,

I am devastated to hear of the passing of my friend Markie Post. She was a true talent. We did Hearts Afire together and to work with her and John was a gift. F&@k Cancer! #MarkiePost pic.twitter.com/b34yR5C5Th

While best known for Night Court and a few other series, she had a long career in television, with 76 acting credits listed on IMDb. She began as little more than a model on game shows such as Card Sharks back in the late ’70s. In just a few years, she graduated to being a celebrity contestant on many other game shows over the years, including Super Password and The $25,000 Pyramid.

Post had an alluring mix of wholesomeness and sex appeal which carrier her far in television. Her acting credits date back to such late-’70s action hours as ChiPs, Barnaby Jones, Thge Incredible Hulk and Buck Rogers in the 25th Century. Simon & Simon, The Love Boat, Cheers and The A Team were among her ’80s credits.

Later in her career she stood out in more mature roles, playing Cameron Diaz’s mother in “There’s Something About Mary” (1998) and Sarah Chalke’s mom on the comedy Scrubs. 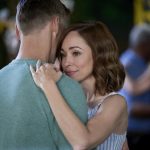 David Winning’s in the middle of another 27-Hour Day 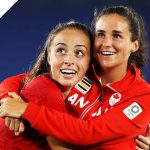