It was crunch time this week on Canada’s Got Talent as the audition round came to an end. A total of 18 acts from across Canada made it through to the semi-final round, with an eventual grand prize of $150,000 at stake, as well as a shot at performing in Las Vegas.

Tuesday’s sixth episode began with a feat of strength as 6 Pack Papadat from Guelph, Ont., stopped two roaring motorcycles from moving forward with his bare hands. Papadat told the judges that he does this on the side to raise money for children with cancer. The he-man stunt earned him four yeses.

Next up was a different kind of superhero – Arik Pipestrem from Calgary, dressed in full regalia for his acrobatic First Nations hoop dancing.

For the rest of my recap, follow this link to the Rogers site.

Missed the episode on Citytv Tuesday? Stream it now here. 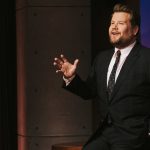 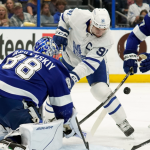