Annual Oscar prediction lists are so lame, every numskull within a mile of a keyboard does one every year. Then again, they take less time to write than to read, so here we go:

BEST ACTOR
Nominees:
George Clooney in Michael Clayton
Daniel Day-Lewis in There Will Be Blood
Johnny Depp in Sweeney Todd The Demon Barber of Fleet Street
Tommy Lee Jones in In the Valley of Elah
Viggo Mortensen in Eastern Promises

WILL WIN: Daniel Day-Lewis. I haven’t seen any of these films, always a big plus when it comes to handicapping the Oscar race. If just one of them had added Leslie Nielsen to the cast, I might have been tempted. As it is, I was depressed just typing these titles, so like I’m going to spend four dollars or whatever it is now to sit in the dark next to some gum-smacking yahoo while Cineplex bombards me with 45 ads for cell phones–then asks me to shut off mine.
Mortensen is in a Cronenberg film. That creeps out everybody, so, he’s out. Plus his name rhymes with “Piggo.” Jones was outstanding in No Country For Old Men but he’s nominated for some sort of Israeli Green Giant commercial, so, pass. Depp once acted through an entire picture with scissors on his hands. Cut! Clooney just won a supporting actor Oscar already–back of the line, pretty boy. That leaves Day-Lewis, a come back kid, a foreigner and probably a big booze hound (he’s Irish). A shoo-in.
SHOULD WIN: Brampton’s Michael Cera for Juno or Superbad–take your pick. The kid has awkward cool down cold and isn’t even 20 yet. Tell him he shoulda got at least nominated next time you see him in the club house up at Banty’s Roost. Pray those Arrested Development movie rumours are true.
BEST ACTRESS

Nominees:
Cate Blanchett in Elizabeth: The Golden Age
Julie Christie in Away from Her
Marion Cotillard in La Vie en Rose
Laura Linney in The Savages
Ellen Page in Juno

WILL WIN: Julie Christie. I’ve only seen Juno, so again I’m pretty confident going into this category. Page is a doll and kicks ass in Juno, she should win every award there is, but the cranky old Academy will make the Canadian girl wait. Linney–what the hell was The Savages? I’ve seen pictures in newspapers of Cotillard from La Vie en Rose, she’s either trying to be Edith Piaf or Edith Bunker. Either way, Gaak! Banchett plays a Queen, which won it for the other English dame last year, but John Travolta probably stole Blanchett’s thunder this year playing a Queen in Hairspray. Plus she’s also nominated in the supporting category for playing Bob Dylan. She walks, just like a woman, but she acts like a little man. Okay.
That leaves Christie, who is old and making a comeback and used to be really really hot. Take it to the bank.
SHOULD WIN: Page, Page, Page, brilliant in Juno. To think she used to be in ReGenesis!
BEST SUPPORTING ACTOR
Nominees:
Casey Affleck in The Assassination of Jesse James by the Coward Robert Ford
Javier Bardem in No Country for Old Men
Philip Seymour Hoffman in Charlie Wilson’s War
Hal Holbrook in Into the Wild
Tom Wilkinson in Michael Clayton

WILL WIN: Javier Bardem. Again, only seen one of these, so trust me, I know. Affleck is probably related to Ben Affleck, so, please. Plus listing the entire, 10-word title of his movie on the screen would take up his entire acceptance speech. Hoffman has three names so it could be close but he just won last year for playing Harry S. Truman, or Truman Capote, of that guy from the Trueman show. Holbrook is a hell of an actor and really old but I’m pretty sure Into the Wild was a TV show and doesn’t qualify. Wilkinson is in Michael Clayton, a film that was released twice and still nobody saw it.
Bardem was so bloody frightening in No Country For Old Men Academy members probably fear for their lives if they were to vote against him. He should get an Oscar just for sporting that bad ’70s haircut for the entire picture, worst movie hair since Travolta in, well, anything recently.
SHOULD WIN: Bardem. I’m afraid of him, too.
BEST SUPPORTING ACTRESS
Nominees:
Cate Blanchett in I’m Not There
Ruby Dee in American Gangster
Saoirse Ronan in Atonement
Amy Ryan in Gone Baby Gone
Tilda Swinton in Michael Clayton

WILL WIN: Cate Blanchett. If you wear a hump, or a can’t see or walk or hear or affect the worst handicap of them all–playing a man–you win. It’s that simple. Advantage Blanchett. Ruby Dee has an outside shot because she’s old and has a name you want to say over and over.
I’m pretty sure none of the other women in this category are really actresses at all, I think maybe they were all on Survivor Micronesia, or The Real World, or Girlicious. Fortunately, I haven’t seen a minute of any of these films, so this prediction is a lock.
SHOULD WIN: Blanchett. How come Eddy Murphy plays men and women and even donkeys on screen (and, well, at home too apparently) and gets pasted by critics but Blanchett gets Oscars? Is it the fat suits? Doesn’t seem fair, dammit.
BEST PICTURE
nominees:
Atonement
Juno
Michael Clayton
No Country For Old Men
There Will Be Blood

WILL WIN: No Country For Old Men. All the old men who run the Academy will rise up in confusion and vote for this, under the mistaken impression that it is some sort of attack on old men. The ones who actually saw it will be so damn scared of Javier Bardem they’ll vote for it out of fear. If There Will Be Blood wins there will be blood.
SHOULD WIN: Knocked Up, Superbad, Juno. Take you pick, all way better then the depressing crap that dominates these Oscars. Go Juno.
Oscar Academy Awards predictionsUncategorized 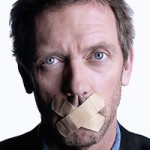 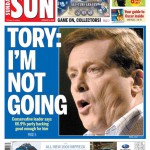 Sun Shines on Truth and Rumors