Last June, Mike Holmes headed to New Orleans to face the toughest assignment of his professional life: in 10 weeks, make it right for one family whose home was destroyed three years earlier by hurricane Katrina.
At the same time, the Halton Hills, Ont.-native had to set a construction standard for hundreds of hurricane-resistant, energy-efficient homes to follow.
The result is Holmes in New Orleans, a two-part special which begins tomorrow night (Tuesday) at 10 p.m. ADT on Global and concludes the following night. An expanded, six-part version begins April 9 on HGTV. Read my Canadian Press report on Holmes’ efforts in New Orleans here in the ChronicleHerald.ca.
I spoke with Holmes on the phone last week and the dude even took time to give me pointers on painting my kitchen, telling me to buy paint with low VOCs (volatile organic compounds). Something about avoiding fumes that can kill you dead.
Building an energy efficient house that can withstand a Category 5 hurricane has him pumped about heading into other dangers zones in search of a challenge. He says Kansas might be his next stop. “I’d love to head down there and piss off a tornado!” 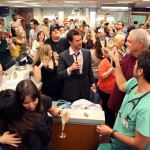 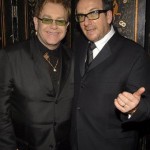