The first new show of the season and look—it’s another cop show. Another Canadian cop show.
Callum Keith Rennie (left) stars as homicide detective Ben Sullivan. He’s the shattered guy in the title. Sullivan suffers from the same kind of multiple personality disorder that afflicts the title character on The United States of Tara. Basically Shattered is The United States of Sullivan.
This is a problem for a police officer. Would you want a psychotic Jack Bauer having your back?. Rennie keeps it all simple and intense and makes the character real, even if the premise is a tad surreal. As a cop show, this is nuts. As a study in mental illness, it has its moments.
The pilot is overly grim and disturbing and scored that way with lots of jangle-y, sinister music. The main colours are dark and shadowy. Shattered ain’t subtle.
Early in the pilot, a dead teen triggers a reaction in Sullivan who flips out at a crime scene. His new partner, detective Lynch (Camile Sullivan from Intelligence) follows his order to shoot a suspect only to discover the guy was unarmed. She covers for Ben. She seems pretty damn tolerant of these “mood swings.” So are cop colleagues played by Martin Cumins, Cle Bennett, Karen LeBlanc and Ty Olsson.
Later “the people inside his head,” as his wife Ella (Molly Parker) tells him, overtake Ben in a bar. He winds up doing drugs with some junkie but snaps out of it just as he’s getting busted by a pair of not-shattered cops.
This goes on and on and, really, do they honestly intend to make a series out of this? The guy is turning from Jeckle to Hyde right in the squad car.
By the end of the episode, he talks a guy off a ledge, so I guess everything is cool. Just the same, his shrink wants to see him more often.
Unless his next personality is the rock star Rennie played in Californication, I don’t. Shattered, no matter how well acted, is ludicrous and unsustainable.
CORRECTION: The series continues Wednesdays at 10 p.m., not Fridays as previously reported here. The timeslot’s up for grabs with new legal dramas Law & Order: Los Angeles premiering on CTV and The Whole Truth launching Sept. 22 on Citytv. Still, Shattered, in my opinion, seems to be the kind of dark, psychological cop show that was popular a decade ago but out of step today.
CHANCE OF RENEWAL: Crazy slim. 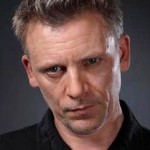