The No. 1 show by far this fall in Canada has been The Big Bang Theory. It tops three million viewers on CTV almost every week, last Thursday pulling 3.3 million viewers.
So, if you’re CTV, what do you do now that Fox has moved American Idol to Wednesday and Thursday nights?
Fox Announced Friday that Idol–re-booted with new judges Jennifer Lopez and Steve Tyler–will premiere Wednesday, Jan. 19 from 8 to 10 p.m. (eventually settling in to a 90-minute, 8-9:30 timeslot) and Thursday, Jan. 20 from 8 to 9 p.m. (both ET).
CTV’s problem: their highly successful simulcast of CBS’s The Big Bang Theory also airs Thursdays at 8, and they’ve been getting a s#*!load of traction at 8:30 from S#*! My Dad Says. (Last week: 2.2 million viewers). CTV owns Canadian rights to both Big Bang and Idol. So do you move this year’s biggest hit and the most-watched rookie show in Canada or do you move the Death Star?
Depends, I guess, on whether you still think the Death Star, the nickname for American Idol, is still the Death Star. The show has had a radical makeover, there’s no Simon, and it is season 11.
CTV already has an overcrowding problem on Thursdays, having to pre-release the graphic crime drama  CSI into the 7 p.m. family hour in order to make room for Big Bang, S#*!, Grey’s Anatomy and The Mentalist. The night full of hit imports creams all competition in Canada.
There’s no way you can move Idol‘s new Thursday results show to a later or earlier hour. It’s live, and if you hold it an hour fans in Canada will flood over to their nearest Fox affiliate. CTV has to simulcast it. If they elect to place it on the mother network, CTV, they’ll have to move Big Bang after an aggressive marketing campaign that blanketed billboards and bus shelters in Toronto and other cities. It’s more likely that they’ll slide it over to /A. That’s where the sitcom began in Canada, but the sister stations do not have the reach of the CTV brand. Moving it to /A would also displace The Vampire Diaries, which has a young, loyal, urban audience.
Other networks should have such problems.
They have their own. Fox’s new sked moves Bones back an hour to Thursdays at 9–where Global currently simulcasts The Office and Outsourced. Fox originaly announced they were going to move Glee but they are now keeping it on Tuesdays, which robs Global of a NCIS simulcast. Headaches, headaches. It’s almost enough to make a Canadian network want to make its own shows.
CBC, which just held its splashy winter launch in Toronto, gets sandbagged again by timeslot competition it probably didn’t see coming. The big winner there is Mercer, who dodges Idol in Canada on Tuesday nights. Not so lucky is Dragon’s Den and Republic of Doyle, who will face what’s left of the Idol juggernaut.
Even Citytv will likely have some flip flopping to do, with NBC announcing big midseason changes to its schedule. A new, three hour Thursday night comedy block has 30 Rock headed to 10 p.m. Stateside, for example. (The good news: they’ve renewed it for another season.) Fox has also bounced Fringe from Thursdays to Friday nights, forcing City to see if it has any pre-release wiggle room.
A big bang-up lies ahead. 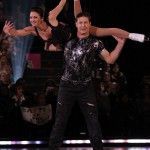 Ice wars heat up as Blades bows and Skating begins