You have to wonder about a network that is trying to get Canadian viewers up off their couches and into a fitter, healthier lifestyle. If the message gets through and this campaign succeeds, nobody will be watching television!
CTV would never touch “Live Right Now,” the healthy lifestyle, multi-platform winter and spring cause CBC unveiled today in Toronto. CTV, about to regurgitate TV’s equivalent of fast food, E!, into Canadian specialty homes at the end of the month, would more likely embrace “Stay Docile Now” or “Sit And Watch.”
Nevertheless, “Live Right Now” is the new CBC mantra as the public broadcaster heads into the new year. It was all outlined at their upscale winter 2011 launch Thursday in Toronto. The event was held as the new home of TIFF, the Bell Lunchbox, with a stage full of CBC stars such as Rick Mercer, Republic of Doyle‘s Allan Hawco, Don Cherry and Ron Maclean and the cast of new comedy InSecurity as well as ensembles from returning shows on hand to mingle with advertisers and press.
The launchapalooza began with a packed screening inside one of the Lunchbox’s new theatres. Clips ran for various shows including the second season return of Doyle, the new reality series Village on a Diet (or, as we’ll be calling it here at TVFMF, The Week the Women Went off their Diet), the next off-shore Gemini Best Drama Award winner, Pillars of the Earth, and returning comedies Little Mosque and 18 to Life.
3-D glasses were handed out so people could see a clip from two upcoming 3-D Hockey Night in Canada broadcasts. Grapes cracked he`d have to order up a 3-D suit. The clip showed him leaning into a 3-D thumbs up. Too bad the Leafs are such a one dimensional hockey club.

InSecurity is a spy spoof that shows promise but could, in my estimation based on two episodes screened, stand to be a little more Leslie Neilsen, less Erik Neilsen. Kevin White, part of the Dan for Mayor and Corner Gas triumvirate, is part of the team behind the comedy, which will run Tuesday nights behind Mercer.
There was a luncheon where a bunch of healthy food was served, all in keeping with the CBC` new “Live Right Now” health movement. Think the Julie Roberts movie “Eat Pray Love” only with blander food and less praying and loving.
Fish and beans and leafy stuff was served. Fortunately, Apache Burger is on the drive home.
The network is hoping all of Canada gets inspired by Village on a Diet and sheds at least a million pounds. That’s also how much advertising coin CBC is looking to lose as MacDonald’s, KFC and others bail over the next six months.
“Live Right Now,” actually, is sponsored by Loblaws and the Ontario Medical Association, so take your Taco Bell ads and shove them up your clogged arteries. There will be ways to test your actual age, based on body mass and general flabbiness, on the Internet at cbc.ca/liverightnow. Stroumboulopoulos My Dad Says host George Stroumboulopoulos was tested and says his health age is up in the 70s, so look out, doughnut nation. CBC News will hammer away at all of this in January, when Peter Mansbridge will be asked not to just stand but to jog around his desk.
The whole deal is a pet project of CBC’s Interim Vice-president, English services, Kirstine Stewart, who doesn’t have an ounce of fat on her. Besides, CBC already shed 200 lbs of ugly fat in their executive ranks last summer. Enjoy the low fat veal, I’m here all week.
The experts who crack the whip for the 10-part series Village on a Diet tried to work an intervention on me during our brief media scrum, one of several handled by the new army of young women with clipboards at the CBC’s outsourced PR arm Veritas. I am to yank the skin off my chicken and think salad instead of fries and do the little things that add up to a healthier lifestyle. Plus, you know, maybe get up off my ass and walk around Professor’s Lake once in a while.
A good cause, but what’s this got to do with programming a TV network? How did we go from “Save Local TV” to save Canadians from eating themselves into the grave? Shouldn’t CBC be more focused on developing stronger shows people want to watch and being more strategic about programming? (Like, say, not piling all the new stuff onto one week in January? BTW, with tons of new programming comin’ ‘atcha this winter from the American networks, January looks to be a tougher-than-usual place to launch new Canadian content.)
On my way out of the luncheon, I asked Dragon’s Den capitalist Jim Treliving what the head of fast food giant Boston Pizza thought of this latest CBC lifestyles effort. He pointed out that there are 14 heart smart items on the Boston Pizza menu and to get with the program. So maybe these CBC folks are on to something. If not, look for a new slogan for 2012: Pizza Right Now–or Free.

This Week’s Podcast: from Conan to Ka-boom 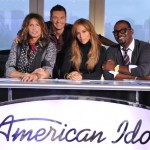