Once again, the big CTV marketing machine jacked a show over the two million mark in Canada. Too bad it was on Global.
CTV`s record Super Bowl audience was hit with dozens of Fox network nods to their after-the-game goodie, a supersized Glee episode. CTV`s attempts to get viewers to stick around for Flashpoint after the game fizzled, leaving one to wonder how many Canadians watch the game on the Fox feed–and leave it there rather than flip the channel. Or maybe Sue Sylvester and her Cheerios cannon was just a bigger draw than Flashpoint guest star Victor Garber. Say, isn’t he also Mr. Shue’s dad on Glee?
CTV, which has locked up rights to the next three Super Bowls, must be glad the game is not on Fox (Global’s steady supplier) again until 2014.
Here’s how the numbers stacked up the week of January 31 to February 6 in Canada according to overnight, 2+ audience estimates:

The Super Bowl was super big, with an overnight, estimated average audience of 6,537,000 on CTV plus 754,000 on RDS adding up to 7.3 million viewers in Canada, the largest audience since the Olympics. Last year`s final combined audience number was 6.9 million.
Still, Global was the big winner with their post-Super Bowl Fox follow-up Glee, which drew 2,161,000 starting at 10:38 p.m. ET. That`s about four times what the network normally gets from Brothers & Sisters at that hour. CTV had less luck getting viewers to stick around for the mid-season finale of Flashpoint, which drew 1,317,000 starting at 10:19 p.m. ET.
CBC sat out the Super Bowl with Heartland (549,000) and a movie (552,000). 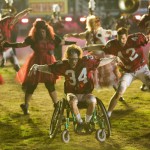 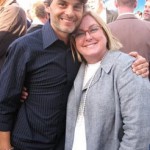