This week, Scott wants to talk about the MMVAs, which were a big hit at the Thompson household on the weekend. Something to do with his kids being weaned on all them Disney-coms, shows like Wizards of Waverly Place, where MMVA host Selena Gomez just spent six years of her young life.

We also talk about the Vancouver riots, which seemed to get more coverage than the last federal election. There’s some talk about summer shows, including Combat Hospital, which opened Tuesday night to an astounding 1,959,000 viewers–great news for the folks down at Kandahar on Kipling in Etobicoke. That’s an even stronger opening than Rookie Blue registered last summer. Rookie Blue, by the way, returns Thursday night to start a second season.
A new reality show, Expedition Impossible, also bows Thursday night. CTV has picked up this Mark Burnett/ABC series, which is hosted by Canadian zoologist and adventurer Dave Salmoni. The show features competitors pushed to their physical and mental limits–like trying to drive home in rush hour along the Gardiner, dodging falling chunks of concrete and construction lane closures. Wait, that’s what Toronto viewers have to contend with just to get home in time to see Expedition Impossible.
Anyway, it’s all on the radio chat. You can listen in here. 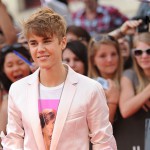 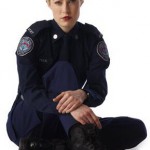