Saw this posted a few places on Facebook yesterday and its worth a look here if you haven’t witnessed it yet. It’s a clip from The Lang & O’Leary Exchange on CBC News Network, but it is the exchange between co-host Kevin O’Leary and guest Chris Hedges that is so fascinating. O’Leary’s attempts to Don Cherry his way to the top of CBC’s pecking order are exposed here for what they are–Fox News faker-y. You can’t hide behind a news facade and then ambush guests Fox style–you’re either news or commentary. Hedges completely pulls O’Leary’s pants down here and exposes the venture capitalist as all talk and no trousers. It’s fine to play the villain on Dragon’s Den, but getting into a street fight with guests on a news show is just rude and obnoxious. Hats off to Hedges for taking O’Leary to school and for showing that this “we’re fed up and not going to take it anymore” movement extends to blowhards at news networks. 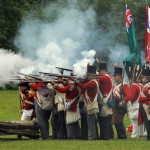